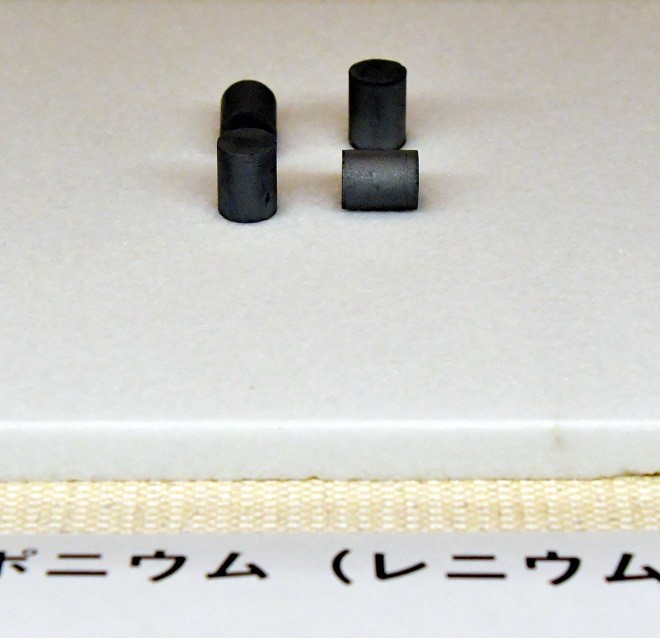 Nihonium (Nh), a radioactive synthetic element, joined the periodic table of elements in November five years ago with the atomic number 113.

More than a century ago, a similar sounding but entirely different element named nipponium was discovered and added to the periodic table, much to the excitement of the chemistry community.

However, nipponium was later struck off the table and fell into oblivion.

Around 1904, Ogawa was studying in Britain when he discovered an unknown chemical compound in a mineral. He named it nipponium and announced it as a new element that should fill the then-vacant No. 43 spot on the periodic table.

However, none of the other scientists who tried to confirm Ogawa's discovery could verify its existence.

Two decades later, a German chemist identified another element that was similar in nature to nipponium and named it rhenium. And that was actually what Ogawa had discovered.

But where No. 43 was concerned, Ogawa was not the only unfortunate chemist whose achievement went unrecognized. Many new elements were suggested, one after another, only to disappear. They included pelopium and ilmenium.

In 1996, Ogawa was finally recognized as the first chemist in the world to uncover rhenium, thanks to the efforts of a Tohoku University researcher whose mentor was Ogawa's protege.

This researcher went through Ogawa's research materials and other documents to set the record straight.

Ogawa's achievement is now being re-evaluated internationally, with the Royal Society of Chemistry of Britain mentioning him by name in its commentary on rhenium.

"Finally, his real worth has become known in his hometown, too," beamed Yoji Hisamatsu, 50, a curator at the Ehime Prefectural Science Museum.

As a junior high school student, I used to hate memorizing the periodic table by rote. But having retraced Ogawa's history of disappointments and eventual posthumous return to fame, the table in my hand made me think of it as an exciting, glamorous arena of combat sports.