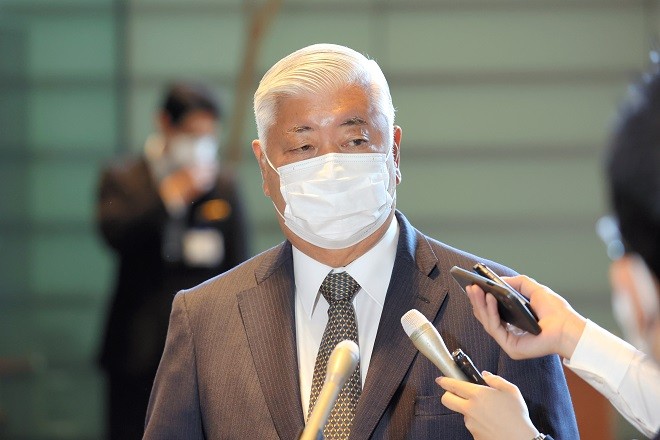 Prime Minister Fumio Kishida has created a new Cabinet post of special adviser to the prime minister on human rights issues as the centerpiece of his foreign policy initiative to promote “human rights diplomacy.”

As a nation governed by a Constitution upholding the principle of respecting “fundamental human rights,” Japan can justify making human rights, a key universal value of the international community, a significant element in its diplomatic agenda.

But the Kishida administration should not try to use its human rights diplomacy to put pressure only on a specific country. It also needs to improve the human rights situation in Japan by addressing a range of related issues including those concerning human rights of foreign nationals.

Kishida promised to create the new Cabinet portfolio for human rights during his campaign for the ruling Liberal Democratic Party’s leadership election.

The LDP’s campaign platform for the Lower House election at the end of October, citing human rights violations in Xinjiang and Hong Kong, said Japan should address these problems and strongly called for “responsible actions” from China.

Gen Nakatani, a former defense minister, who has been appointed to the new Cabinet post, has denied that Japan’s human rights diplomacy is targeted at a specific country, pointing out human rights violations are committed all over the world. But there is no doubt that China is the principal target of this foreign policy initiative.

Nakatani served as co-chair of the Nonpartisan Parliamentary Association for Reconsidering Human Rights Diplomacy, a group of lawmakers established in April to enact legislation to slap sanctions, such as entry bans and the freezing of assets, on parties it deems guilty of human rights abuses overseas.

Since the United States established in 2012 a law that authorizes the U.S. government to sanction those it sees as human rights offenders, with Russia as its main target, this kind of legislation has been enacted by many Western democracies, including Britain and Canada.

But Japan does not have such a law.

We can sympathize with the intention of the legislative group to move in tandem with other democratic countries in protesting against serious human rights abuses. If, however, Japan applies double standards to its human rights diplomacy by harshly criticizing one country’s violations while overlooking another’s similar acts, it could end up losing credibility with the international community.

In many cases, sanctions against human rights abuses overseas will only invite retaliatory actions and do little to help improve the human rights situation.

Committed to a dialogue-oriented foreign policy agenda, the government remains cautious about the proposal to enact a new law for punishing human rights abuses by other countries.

In his first news conference after his appointment as Japan’s top diplomat, Foreign Minister Yoshimasa Hayashi promised to promote “Japanese-style human rights diplomacy,” focused on stimulating other countries to make voluntary efforts to improve their human rights records through bilateral dialogue and cooperation.

Kishida’s leadership will be tested by whether this foreign policy initiative will really lead to diplomacy built on the universality of the value instead of serving as a mere bargaining chip.

If Japan critiques other countries’ human rights performances, it needs to step up its own efforts to promote human rights at home and demonstrate a strong commitment to fighting any violation. Tokyo should reconsider its positions on international human rights treaties it has not signed.

One serious human rights problem Japan needs to tackle is the prolonged detention of foreign nationals at immigration control facilities. In March, the death of a Sri Lankan detainee at an immigration facility after she was not given proper treatment for her ill health caused an uproar over inhuman behavior of staff members at the facility.

Japan also lacks an effective system to protect the rights and well-being of a growing numbers of foreign workers and students. Unless it starts making serious efforts to tackle these challenges, Japan cannot hope to win international support for its human rights diplomacy.