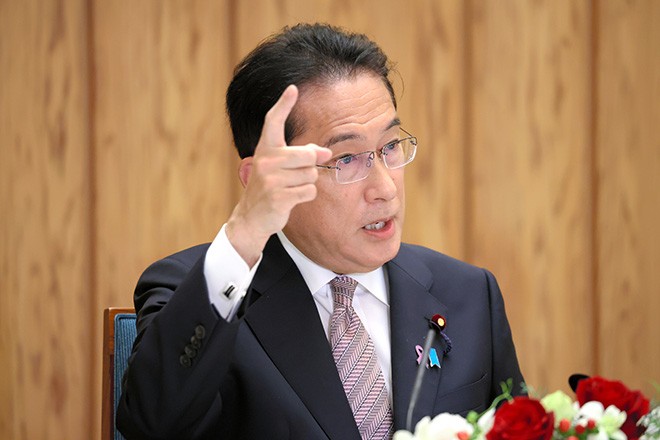 Prime Minister Fumio Kishida clearly wanted to make his mark early on in his new administration by cobbling together an economic stimulus package that dwarfs anything announced by his predecessors.

Despite the close to 56 trillion yen ($491 billion) included for measures to combat the novel coronavirus pandemic, experts were left wondering whether this vast outlay would make much difference in the end.

Some of the steps included in the overall package announced Nov. 19 can hardly be considered to cover pressing matters closely connected with the COVID-19 pandemic. As an illustration, analysts cited measures to mitigate the effects of natural disasters.

Other measures seemed to have been put together without giving any consideration to how the programs would be paid for over the long haul. One concerns a plan to raise the salaries of child-care workers, nurses and care workers for the elderly that echoes Kishida’s earlier call for a redistribution of economic wealth.

The problem is that no mention was made of where the revenue will be found to fund the increases, raising the prospect that taxpayers may eventually end up footing the bill in the form of higher health and elderly care insurance premiums.

Another issue concerns whether such a massive package was needed in light of the sharp drop in new COVID-19 cases, eased pressure on the medical care structure and signs of economic recovery in some industrial sectors.

“There is no denying a sense that the policy package focused first on size as a way of making a positive appeal with the public,” said Takahide Kiuchi, executive economist at Nomura Research Institute.

Previously, the largest stimulus package was the whopping 48.4 trillion yen one announced in April 2020 when the pandemic was just beginning to exact a devastating toll on the economy. This latest package also greatly exceeds the 40 trillion yen program put together toward the end of 2020.

While the Cabinet Office calculates that the latest package will help bolster gross domestic product by 5.6 percent, Kiuchi has his doubts because similar past cash payments to individuals and companies fell short of reaching the desired effect.

Taro Saito, an analyst at the NLI Research Institute, is no fan of once again making use of a supplementary budget to pay for such ambitious spending.

Unlike the general budget that the Diet deliberates on early in the ordinary session with an extensive schedule of sessions, supplementary budgets more often than not are passed with much less time spent on Diet deliberations.

Of the close to 57 trillion yen total earmarked for the latest economic package, 31.9 trillion yen will be included in a supplementary budget to be submitted to the extraordinary Diet session scheduled to convene in December.

Supplementary budgets were traditionally set aside for emergency spending measures.

Saito called for a review on the use of such budgets, saying the programs should return to their original intent and include only the most pressing measures. He cautioned that cramming supplementary budgets with other items leaves open the possibility of greater wasteful spending.

One measure that many suspect will result in needless spending was the subsidies to small businesses that recorded lower sales due to the novel coronavirus pandemic.

According to sources, the Finance Ministry initially wanted to distribute the payments on a monthly basis with checks each month on how much sales had decreased. Officials had proposed a maximum 200,000 yen going to companies chalking up the largest losses.

But Kishida insisted on a lump-sum payment that could see some companies receiving up to 2.5 million yen.

Ministry officials were opposed to lump-sum payments on grounds it would be impossible to ask for some of the money back if companies recovered sales just months after receiving the payment.

But Kishida refused to back down, leading a high-ranking Finance Ministry official to say the measure was an even more egregious example of throwing government money at a problem than the 100,000-yen payments to be distributed to all children aged 18 or younger in families where the main provider has an annual income under a certain amount.

(This article was compiled from reports by Ken Sakakibara, Tomoe Ishikawa and Tomoyuki Izawa.)