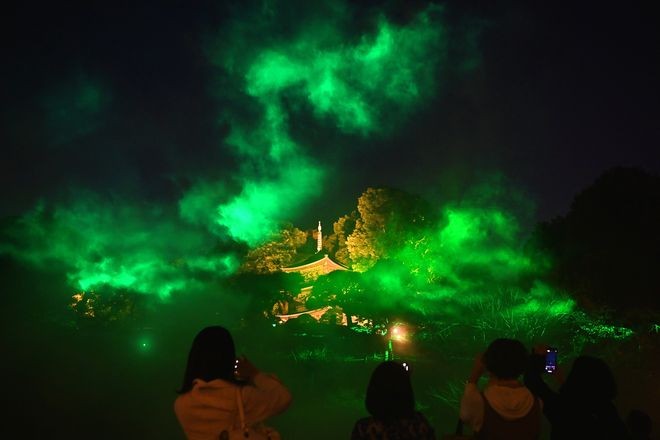 Laser beams are projected on artificially generated fog to recreate an aurora at Hotel Chinzanso Tokyo in the capital’s Bunkyo Ward on Nov. 5. (Yosuke Fukudome)

Hotel Chinzanso Tokyo in the capital’s Bunkyo Ward is putting on an aurora show of its own to celebrate its 70th anniversary next year.

During a media preview Nov. 5, six layers of laser beams were projected from six directions on artificially generated fog to recreate an “aurora” above the hotel’s garden.

The aurora appears every 30 minutes from 7 p.m. seven times daily.