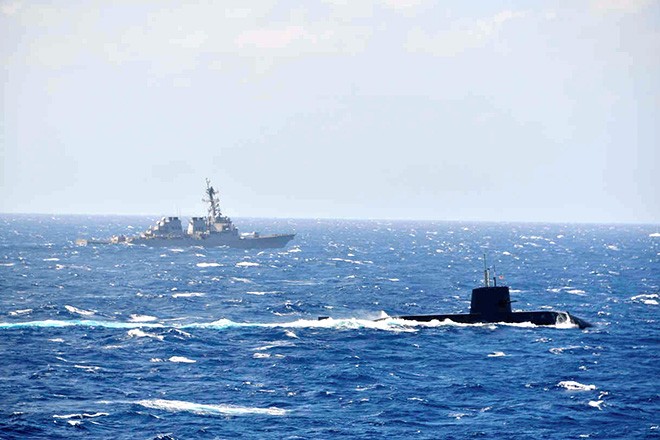 Japan is set to shell out billions of yen more annually to host U.S. military bases, agreeing to the United States' request to do so, according to a government source.

The Japanese and U.S. governments are expected to decide that Japan’s yearly contribution to host the bases will range from about 250 billion yen to 299 billion yen ($2.17 billion to $2.6 billion) from fiscal 2022.

That would mean significantly more money than the 201.7 billion yen Japan paid in fiscal 2021 will go into what it refers to as the “omoiyari yosan,” or “sympathy budget.”

The added funds mean that Japan will pay more for the cost of joint drills between the U.S. forces and the Self-Defense Forces, among other things.

“The cost for joint drills is an investment for a stronger alliance between the two countries," said a senior Defense Ministry official, highlighting the importance of the increased contribution.

The government wants the public to show understanding for the increased payment as contributing to boosting ties between the two countries.

A senior Foreign Ministry official provided justification for Japan upping its contribution, saying, “The costs that the U.S. forces pay have increased, too, as a result of operating bases in Japan.”

It is expected that a rough agreement on the contribution will be made within the next month.

Normally, Japan’s contribution is updated every five years under a special agreement. It was scheduled to be updated last year but the two countries couldn’t agree on the amount as then U.S. President Donald Trump demanded a significant increase in it.

In February, the new Biden administration and Japan reached a tentative agreement that Japan would continue to pay the amount decided under the previous agreement for another year.

Currently, both governments have been discussing Japan’s contribution for the five years commencing in fiscal 2022 and the United States has been asking for an increase.

Japan is likely to accept the U.S. demand for an increase by paying more for joint drills between the American forces and the SDF. Japan, however, hopes to pay less for the utility bills.

(This article was written by Naoki Matsuyama and Tatsuya Sato)