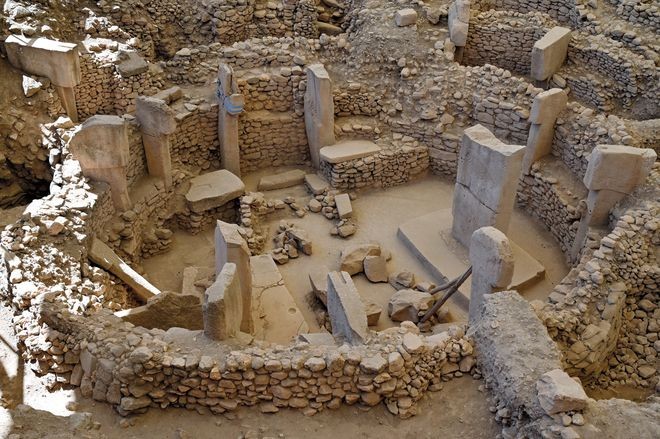 A Japanese research team will join an excavation project in Turkey of what are believed to be the world’s oldest structures of worship that have raised new questions about the rise of civilization.

Radiocarbon dating indicates that construction of the structures at the archeological sites of Gobeklitepe and Karahantepe began 12,000 years ago, making them 7,000 years older than the Great Pyramids of Giza in Egypt.

The team, comprising scientists with the Chiba Institute of Technology, the University of Tokyo and other institutes, plans to use the latest technology of geophysical exploration to determine exactly when and how the temples of massive carved stones were constructed at Gobeklitepe and Karahantepe, in addition to their sizes.

The Gobeklitepe remains were registered as a World Heritage site in 2018.

An agreement over the excavation project was recently reached between the Japanese researchers and the Turkish Ministry of Culture and Tourism.

“The excavation is expected to explore the fundamental question of how civilization started,” said Sachihiro Omura, director of the Japanese Institute of Anatolian Archaeology with the Middle Eastern Culture Center in Japan, who held talks with Turkish authorities over the project.

“I hope Japanese researchers will contribute to unraveling the question while collaborating with other teams in a broad area,” Omura said.

Both Gobeklitepe and Karahantepe are located along the upper reaches of the Euphrates River, the home to the Fertile Crescent in the southeastern Turkish region of Anatolia.

Gobeklitepe was discovered by a German expedition during its excavation from 1995 to 2014.

A total of 120 pillars turned up, some elaborately carved with figures of animals, including lions, vultures, scorpions and wolves.

The remains of Karahantepe, located about 30 kilometers southeast from Gobeklitepe, were confirmed by a Turkish team in 1997.

With more than 200 T-shaped standing stones unearthed, the Karahantepe site is likely larger in scale than Gobeklitepe, according to experts.

A group of researchers with Istanbul University is excavating both sites.

The Japanese team will carry out a geophysical exploration at the sites, using magnetism and radar equipment to study the remains buried in the ground.

The Japanese researchers are also expected to explore the historical site of Ayanral, about 30 km west of Gobeklitepe, that archaeologists say might have been a settlement for workers who constructed the temples.

Turkish authorities requested the Japanese team’s participation in the excavation because of its track record in archaeology and technological expertise.

The megalithic remains in Turkey have attracted growing attention in recent years because they are believed to have been built 2,000 years earlier than the estimated time when humans began agriculture and livestock farming.

Gobeklitepe and Karahantepe are 7,000 years older than the historic region of Mesopotamia, located in today’s Iraq and parts of Kuwait, Syria, Turkey and Iran.

Before the discoveries of the two remains in Turkey, scholars believed that human settlements started only after people engaged in agriculture and livestock farming, eventually leading to the development of complex class-structured communities through the distribution of surplus produce.

But some archaeologists now suggest that such sociocultural changes came before agriculture and livestock farming.

Others have said that if the radiocarbon dating of the remains of Gobeklitepe and Karahantepe is accurate, humans might have started farming much earlier than believed.

The Japanese expedition will be headed by Takanori Matsui, president of the Chiba Institute of Technology who specializes in comparative planetology.

Yoshihiro Nishiaki, an expert of prehistoric archaeology who heads the University of Tokyo’s University Museum, will direct the study of the archaeologic excavation.