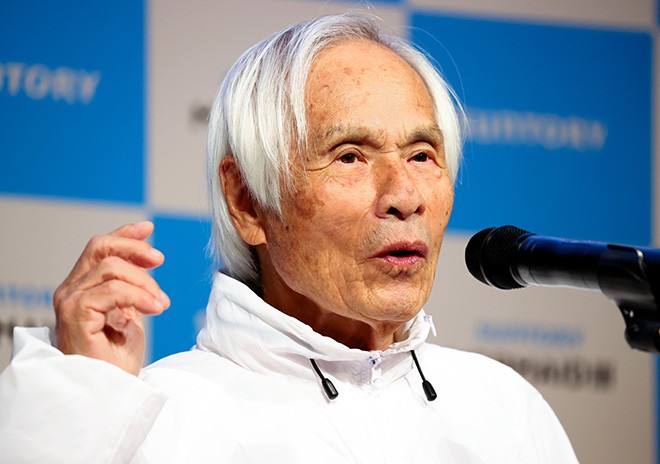 Marine adventurer Kenichi Horie announces his plan to sail a yacht solo nonstop across the Pacific Ocean on Nov. 24 in Tokyo. (Toshiyuki Hayashi)

An 83-year-old Japanese adventurer intends to set the world record for the oldest person to sail solo nonstop across the Pacific Ocean on a yacht.

Kenichi Horie on Nov. 24 announced his plan to pilot his yacht from San Francisco to Japan aboard a new yacht named Suntory Mermaid III.

It will be his first voyage since he sailed solo on a wave-powered boat from Hawaii to Kii Channel in 2008.

The journey is expected to take about two and a half months from mid-March to early June 2022.

As he was traveling without a passport on the trip, he, in effect, “smuggled” himself into the United States, but his feat was highly praised by the American people.

That same year, he compiled records of his voyage and published the book “Taiheiyo Hitoribocchi” (Alone Across the Pacific).

The book became a best-seller and was made into a film starring Yujiro Ishihara the next year.

Between 1973 and 1974, he completed a nonstop westbound solo voyage around the world.

In 2005, he completed the same trek sailing east when he was 66 years old.

1996--Voyage on Malt’s Mermaid, a solar-powered boat made from recycled aluminum cans (Ecuador-Tokyo)