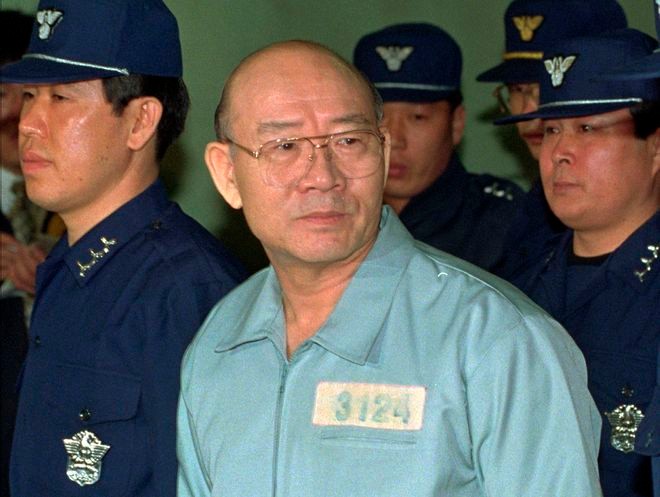 SEOUL--The death this week of South Korea’s last military dictator, Chun Doo-hwan, marks the end of a divisive chapter in the country’s modern history but leaves survivors of his regime’s violence no closer to reconciliation or resolution.

Chun died on Tuesday at the age of 90.

Hundreds of people are estimated to have died or gone missing when the South Korean government violently put down the Gwangju uprising by pro-democracy protesters in May 1980, when Chun was the de facto leader of the country after leading a military coup.

Years after the massacre, many details remain unconfirmed, including who gave the orders for troops to open fire on protesters. Many victims remain unidentified.

A lack of contrition and cooperation by former members of the regime, including Chun, has hampered efforts to find the full truth, victims said.

“I’m very worried that a lot of truth will be hidden with Chun Doo-hwan’s death,” said 57-year-old Kim Young-man, who still carries a scar on his head from where a police officer struck him with a baton.

Kim holds out hope that former members of the regime will come forward to shine light on the bloody crackdown, but like many other victims, was disheartened that Chun died without showing significant remorse.

Months after leaving office in 1988 amid growing calls for democracy, Chun offered a formal apology for abuses during his leadership, including Gwangju.

But later he appeared to walk back some of that contrition, prompting victims to doubt the sincerity of that apology as he embraced a defiant and defensive stance to the end.

“Chun Doo-hwan was not the type of person to apologize,” Kim said. “Yet if he had apologized, I think there would have been a possibility that Gwangju citizens who have been heartbroken for 41 years feel a little better.”

In 1996 Chun was sentenced to death on charges of corruption and treason, but the sentence was reduced to life in prison and later commuted.

More recently he was involved in other legal disputes, including being found guilty in 2020 of defaming a priest who claimed to have witnessed the Gwangju crackdown.

On Wednesday, a day after Chun’s death, a group of 70 Gwangju survivors, including Kim, filed a lawsuit against the government seeking compensation for emotional damage.

Some victims have received compensation for their loss of work, but other claims for compensation for emotional and psychological trauma faced legal barriers until a Supreme Court ruling in September, said Lee Ki-bong, an official at the May 18 Memorial Foundation who works with the families.

A group of victims rallied on Thursday outside the hospital where Chun’s body was taken, holding signs telling him to “go to hell”. They condemned some of Chun’s former aides who call the uprising a plot inspired by North Korean communists.

In November the main conservative party’s presidential nominee, Yoon Suk-yeol, traveled to Gwangju to apologize after appearing to excuse or praise Chun by saying many people thought the former president “was really good at politics aside from the coup and the events of May 1980.”

Chun will not be given a state funeral, and officials said his treason conviction made him ineligible to be buried in a national cemetery.

“It’s an odd thing to want an apology from a ruthless dictator, decades later, as though expecting justice by (a) universe which had allowed that dictator.”