Japan envoy to Afghanistan holds talks with Taliban in Kabul 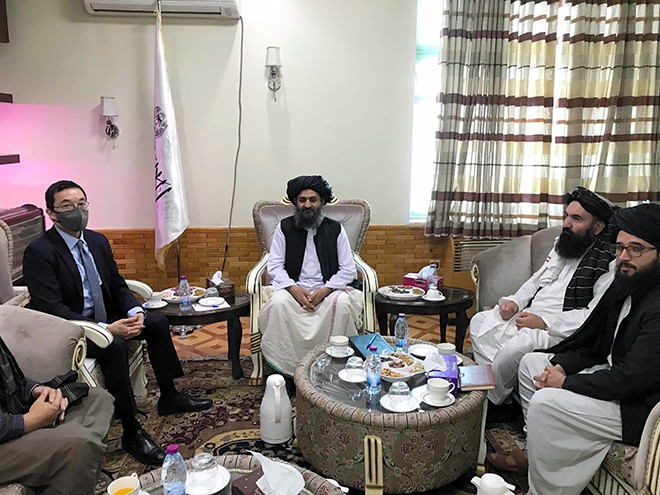 Japan’s ambassador to Afghanistan by Nov. 24 held talks with Taliban senior officials in Kabul for the first time since the Taliban seized control of Afghanistan in August.

The Foreign Ministry announced the meeting between Ambassador Takashi Okada and the officials on Nov. 25.

Okada urged Taliban officials to ensure the safety of Japanese nationals staying in Afghanistan and to allow them to leave the country swiftly and safely if they wish to do so, a Foreign Ministry official said.

Okada's visit to the Afghan capital was his first since the Japanese Embassy there was closed in August.

The ambassador made the trip as the Japanese government is "taking into consideration the reopening of the embassy,” a senior Foreign Ministry official said.

During the talks, he also explained about the Japanese government’s food and other assistance efforts to Afghanistan through international organizations, the Foreign Ministry said.

The Taliban officials said that they would allow freedom of movement for aid workers and ensure their safety, the ministry said.

Okada also called for Afghanistan's new rulers to respect the rights of all Afghans, including women and ethnic minorities.

He also asked the officials not to allow their country to become a breeding ground for terrorism.