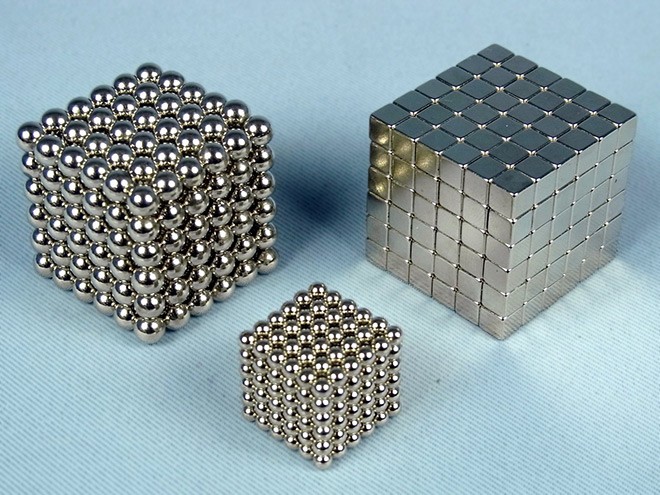 According to the commission, the magnetic balls measure around 3 to 5 millimeters in diameter each and can be joined together to create different shapes. They are also sold online as toys for intellectual training. There is a cube-shaped version as well, called magnetic cubes.

The agency and the pediatric society have received 10 reports of children accidentally swallowing magnetic balls and suffering injuries to their organs since fiscal 2017.

In May last year, a set of 12 magnetic balls was retrieved from the stomach and the small intestine of a 3-year-old girl. The balls were initially sitting separately in each organ, but later became magnetically linked.

That apparently damaged her organs, creating holes following the necrosis of the tissue.

A similar accident involving a 1-year-old girl occurred in September that same year. In both cases, the magnetic balls were removed through surgery by laparotomy.

The commission said the magnetic balls are so small that children can easily swallow them. It also pointed out that it is difficult for parents to notice if their children accidentally ingest some of the balls when there are many of them.

The toys have a much stronger magnetic force than regular types of magnets, according to the commission.

The commission is recommending parents consult with doctors as soon as they suspect their child may have swallowed some.