VOX POPULI: Library in an apartment setting an idea catching on fast 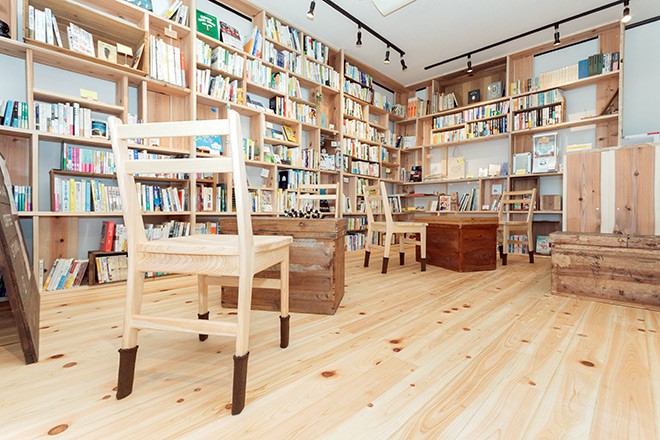 Bookcases inevitably run out of shelf space over time. Typically, book owners deal with the situation by selling or giving away surplus volumes, or simply letting them pile up on the floor.

But Junya Dohi, 26, had a different idea: Why not start a library?

Then he imagined it would be interesting to involve fellow bookworms to share the concept of an “apartment-type” library, which everyone agreed would be fun to pursue.

The result was the birth of a membership library called “Minna no Toshokan Sankaku” in a shopping street in front of a train station in Yaizu, Shizuoka Prefecture. Its name implies that this is a library for everyone. The word “sankaku” means “participation.”

Every member is referred to as an “owner.”

When I visited, I felt as if I had wandered into someone’s study with multiple bookcases.

Each bookcase remains the property of its member/owner. There are shelves devoted to travel, and others to works of science fiction, and so on.

The library opened in spring last year, remodeled from a vacant restaurant that used to serve “oden” hot pot dishes.

“Initially, I considered running a used bookstore. But I realized that would result in filling the space only with books I don’t need anymore,” said Dohi, who has become the library’s director.

To cover the running expenses, each owner pays 2,000 yen ($17.54) a month, and lends their recommended books for free. One perk of being an owner is the privilege of tending the store.

But I believe their real reward lies in getting to know people through their books.

Borrowers write their reviews on slips of paper and leave them in the books when returning them. The encounters between lenders and borrowers lead to lively conversations over books.

“There is person-to-person communication here, whereas silence is expected at public libraries,” noted Mikito Suzuki, 46, one of the owners.

The library has attracted growing attention and moves to establish similar endeavors.

It’s a place where you can have fun just thinking what books you would bring there.