Japan to ban global travelers amid fears about Omicron variant 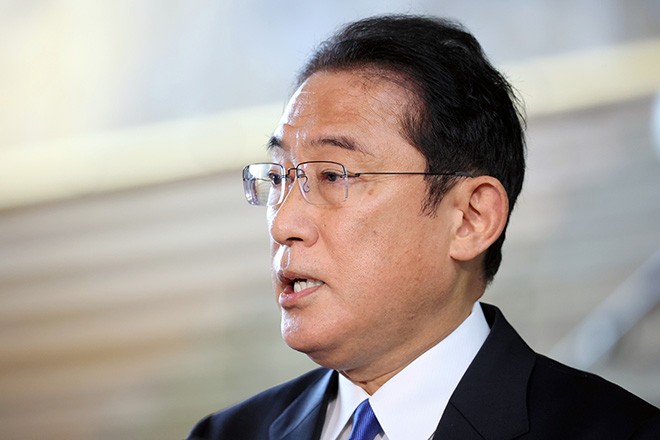 Only three weeks after easing some travel restrictions, Japan will again bar the entry of foreign visitors from Nov. 30 as a precautionary measure to ward off the Omicron variant of the coronavirus.

Prime Minister Fumio Kishida on Nov. 29 also said Japan will strengthen quarantine measures for Japanese citizens returning from South Africa and eight other countries, as well as 14 countries and territories where infections with the Omicron variant were confirmed.

The restrictions will require the returnees to stay for a maximum of 10 days at designated facilities.

“We will thoroughly carry out quarantine procedures at designated facilities, depending on the degree of their risks for infection,” Kishida said.

Japan has eased travel restrictions for businesspeople, foreign students and technical intern trainees from abroad since Nov. 8. However, it will suspend the easing for now to keep the new variant, first reported in South Africa, at bay.

Japan tightened measures against travelers from South Africa, Namibia, Zimbabwe, Botswana, Lesotho and Eswatini on Nov. 27, which included a quarantine for 10 days at government-designated facilities.

The following day, Mozambique, Malawi and Zambia were added to the list.

Kishida said these measures will be taken as a temporary and precautionary step until more details of the Omicron variant are known.

“I am managing the government under the belief that we should respond with the utmost caution to unknown risks,” he said. “I will take the entire responsibility in response to criticism that I am being overly cautious.”

The prime minister also said that 32 individuals have entered Japan from the nine African nations.

Of these, a man returning from Namibia on Nov. 28 tested positive for the coronavirus.

But it will take four to five days to determine through genome sequencing conducted at the National Institute of Infectious Diseases whether he is infected with the Omicron variant.

The announcement of the extra steps against the new variant followed growing calls among Kishida’s ruling Liberal Democratic Party for the government to swiftly and thoroughly enforce expanded measures at Japan’s entry points.

The World Health Organization named the new strain as a “Variant of Concern,” on Nov. 26, putting its threat level on par with the Delta variant that has raged around the world.

Hong Kong, many European countries and Israel have reported cases of infections with the Omicron variant.