EDITORIAL: Japan must respond quickly to threat posed by Omicron 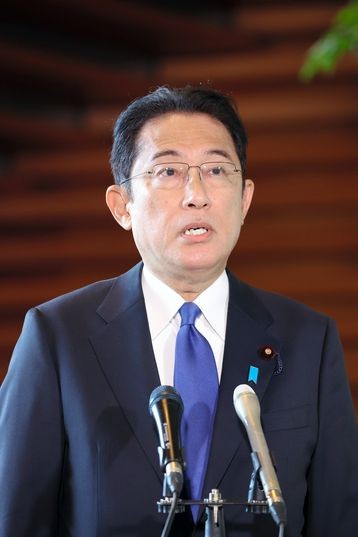 A new variant of the novel coronavirus has been discovered and cases of infection with this variant have been reported across the world.

The new variant, first detected in South Africa, has been named Omicron by the World Health Organization. In some communities in the southern African country, this new variant is reportedly fast replacing the Delta variant, which has been dominant for months.

Experts warn that Omicron may be more transmissible and better equipped to evade the body’s immune responses, both to vaccination and to natural infection, than prior versions of the new coronavirus. At the moment, it is vital to evaluate the risk posed by the new strain through cool-headed analyses based on the latest scientific information about it.

The government on Nov. 29 decided to bar the entry of foreign visitors, for the time being, as a precautionary measure to ward off the Omicron variant. The decision came on the heels of the move to tighten border control measures against travelers from South Africa and surrounding nations on Nov. 27.

After many other countries, including European nations, responded by restricting travel, the Japanese government took the strong action to prevent a possible surge of infections with Omicron at home.

There are many routes with which Omicron could enter Japan. Scientists are still unclear on the capabilities of the new variant, including its clinical severity compared to previous ones. Prime Minister Fumio Kishida’s decision to take “an emergency response preventive measure” was probably inevitable under these circumstances.

The government needs to remember the lessons from the past policy mistake of not making quick and effective responses to the emergence of new variants. The nation paid huge social and economic costs for policymakers’ failure to accurately recognize the risks posed by new variants, which allowed them to spread widely in the nation.

Eventually, however, scientists will find answers to key questions about Omicron, creating an environment for reopening the border. The government needs to make preparations to swiftly take the step when it becomes appropriate to do so.

It should continue the necessary paperwork and screenings to accept foreign students and other non-tourist visitors while offering detailed explanations to people involved about how it plans to deal with the situation in the coming weeks.

Given how earlier variants spread around the world and in Japan, there is no ruling out the possibility that the Omicron variant is already in this nation.

Identifying the COVID-19 variants in specific cases of people who have tested positive requires analyzing samples of the viruses taken from them through a process called genomic sequencing. This process takes several days. To contain the spread of the new variant, it is necessary to establish a system for real-time identification and carry out rigorous contact tracing.

There are also concerns about possible effects on the vaccine booster program, which is scheduled to start in early December.

It has been learned that the bulwark Pfizer and Moderna vaccines provide against infection with the virus weakens after a certain period of time. As for third shots, the health ministry recently announced standards that recommend an eight-month wait after the second jab, in principle, but add that the period could be shortened to six months depending on the circumstances.

Scientists are racing to find how effectively the current vaccines will protect against Omicron and whether booster doses will offer expected benefits with regard to this one. If the current shots need to be reformulated, how long will it be before they become available?

The national government should collect and communicate such information quickly and appropriately so that local governments will be able to carry out related tasks smoothly.