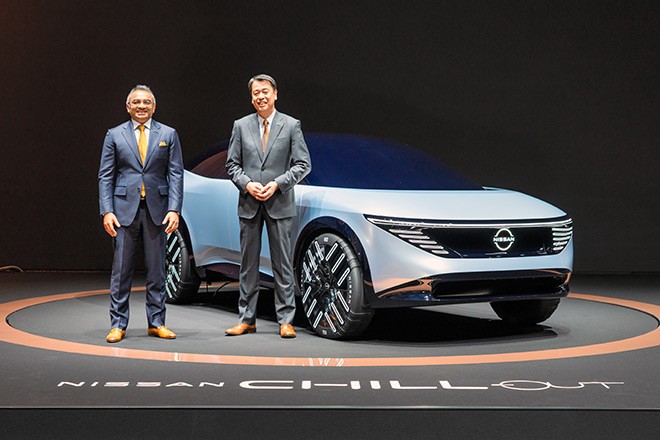 The shift from gas-powered vehicles to electric models is accelerating among Japanese automakers and foreign rivals, fueling a race to secure high-performance batteries crucial for extending drive distance and other features.

But the government’s subsidies to domestic automakers are a drop in the bucket when compared to competitors such as China, and Japanese companies are hesitant to shoulder the burden of investment alone.

When it comes to the volume of production, Japanese battery makers can’t compete with Chinese and South Korean companies, said Tan Jin, a senior researcher at Mizuho Bank well versed in the automotive industry.

“They should set themselves apart from their rivals by developing new technology to enhance product quality,” he said.

The Chinese government spent about 560 billion yen ($4.95 billion) in subsidies to bolster fledgling EV production, rather than gas-powered vehicles in which it trails behind Japan, the United States and European countries. Those subsidies have aided the rapid rise of Contemporary Amperex Technology Co. (CATL), the global leader in car battery production.

Beijing also implemented a program in 2016 that makes EVs using batteries made by domestic manufacturers eligible for government subsidies, an attempt to shut out rival Japanese and South Korean battery makers from the market.

In contrast, Japan’s government, in its fiscal 2021 supplementary budget, set aside more money for subsidies to purchase EVs and 100 billion yen in subsidies for the construction of battery factories in Japan.

Two million units of that will consist of fully electric and fuel-cell hydrogen cell-powered models.

The carmaker is also set to spend 1.5 trillion yen to step up production and development of automotive batteries by 2030 and to bring into practical use potentially game-changing all-solid-state batteries by 2025.

Toyota is expected to build its first battery factory in the United States for hybrids by 2025. By 2030, the company’s investment in the manufacture of batteries will total about 380 billion yen.

The automaker also plans to set up a new company with Toyota Tsusho Corp., an affiliated trading house, to operate the U.S. battery factory.

“How to secure raw materials is a big challenge for us,” a senior official with the carmaker said of teaming up with Toyota Tsusho over the battery production.

“(The procurement of battery materials) is an area in which we will not fight alone.”

Ichiro Kashitani, president of Toyota Tsusho, said the company’s participation in the project is intended to let the automaker focus on the manufacture of vehicles as it will take care of the procurement side.

As the cost to transport batteries does not come cheap, car companies are also moving to produce automotive batteries in markets where they build their vehicles.

For the Chinese market, Toyota is partnering with Chinese players, including CATL.

CATL is attracting increasing attention as automakers scramble to shift to EVs.

It accounts for about 30 percent of the global market of automotive batteries, about 10 years after its foundation.

Honda Motor Co. has set a goal to make all its new cars EVs and FCVs in 2040. It has been developing all-solid-state batteries on its own, eying their introduction to its vehicles in the latter half of the 2020s.

Nissan Motor Co. said it will invest 2 trillion yen over five years to speed up vehicle electrification. It also plans to commercialize all-solid-state batteries by fiscal 2028.

Panasonic, which once was the global leader in car battery production, has fallen to third place in terms of the world share after South Korea’s LG Energy Solution Co.

Though it considered the manufacture of automotive batteries as a key business to grow the company, it is now cautious about spending more money in the area.

Panasonic has supplied batteries to U.S. carmaker Tesla Inc., but its automotive business has failed to bring profits that matched its investment.

In 2019, Panasonic downgraded its automotive battery business to one that requires improved yields.

Regarding subsides for the construction of battery factories in Japan, a senior trade ministry official said, “We want to secure the production base in Japan to prepare for the global race over batteries as demand for batteries is only going to grow in the years ahead.”

Building charging stations is also vital to get more EVs on the road. But Japan lags in this effort as a result of prioritizing aid for hybrids, which Japanese companies excel at producing, ahead of EVs.

A government expert panel drawing up the strategy to secure batteries said Japan’s weakness stems from the absence of industrial and government policies to compete in the global race.

(This article was written by Takuro Chiba, Junichi Kamiyama and Kohei Kondo.)