Arrested Nihon University board chairman likely to step down 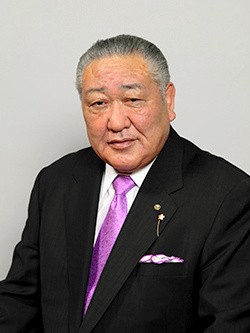 Hidetoshi Tanaka has indicated he will resign as chairman of the board of directors at Nihon University following his arrest on suspicion of tax evasion.

Tanaka, 74, has denied the allegations, but he apparently feels he can no longer continue in his position at the private university in Tokyo, sources said.

The university’s board was expected to meet on Dec. 1 to discuss Tanaka’s status, according to sources.

Tanaka was arrested on Nov. 29 on suspicion of avoiding payment of 53 million yen ($467,000) in taxes by concealing about 120 million yen in income through rebates and gifts in 2018 and 2020 from two suspects indicted in a breach of trust investigation.

At his Nov. 30 news conference, education minister Shinsuke Suematsu called on Nihon University to conduct a thorough investigation into the matter. He said the arrest of Tanaka was extremely regrettable and that the university has a responsibility to explain what happened.

Tanaka has served as board chairman since 2008.

He was arrested without ever holding a news conference to explain the searches of Nihon University headquarters and his home by prosecutors in September.