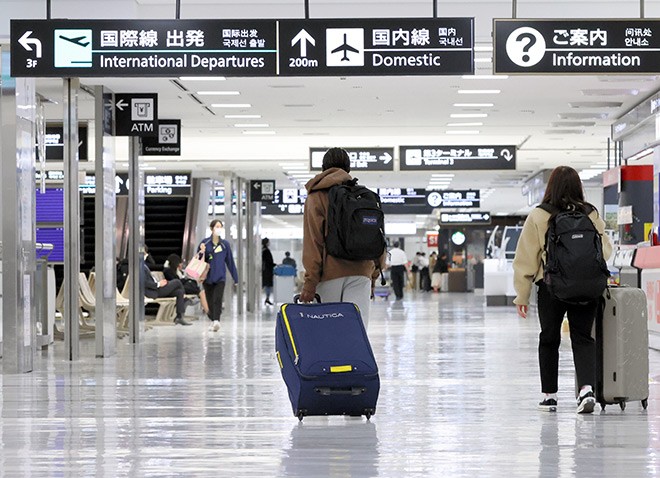 To further tighten border measures against the Omicron coronavirus variant, the Japanese government is asking all airlines to stop taking new reservations for all incoming international flights until the end of December.

There are more than 50 airline companies around the world that operate flights arriving in Japan. All have agreed to comply with the government's request, according to the transport ministry.

The ministry issued the request as of Nov. 29 as cases of the variant are being reported in passengers arriving in Japan.

With the year-end New Year holidays approaching, the number of people entering Japan by air is expected to increase.

That includes Japanese nationals who live abroad and are planning to return home for the holidays.

Ministry officials said the request has been issued based on such a prospect.

The Japanese government has already announced a policy to ban the new entry of foreign nationals.

The restriction allows only Japanese nationals and foreign nationals who are residents of Japan to enter the country.