Kishida backs off request to reject reservations for flights to Japan 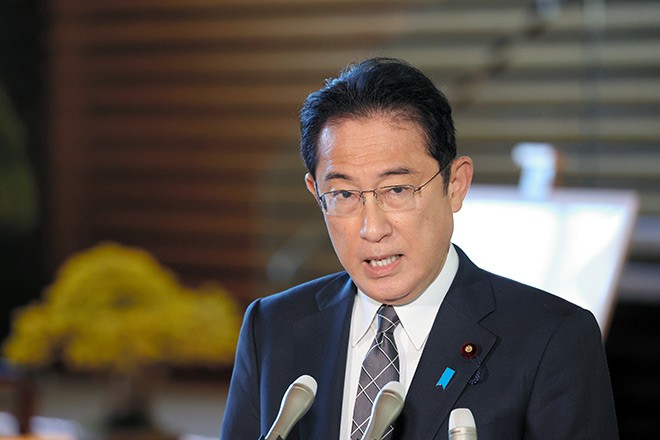 In a move similar to the flip-flops of his predecessor, Prime Minister Fumio Kishida on Dec. 2 retracted the government’s request to airlines to stop taking reservations for international flights to Japan.

The transport ministry the previous day had asked airlines around the world to reject bookings to Japan for the remainder of the year to prevent the Omicron variant of the novel coronavirus from spreading.

“The transport ministry has retracted its request to airlines to stop taking new reservations and has sent out another notice asking the companies to take sufficient consideration for the demand that may exist among Japanese nationals desiring to return home,” he said.

The request to stop taking new reservations was made after the government decided on Nov. 29 to decrease the daily quota of arrivals from 5,000 to 3,500 from Dec. 1.

Matsuno said the transport ministry plans to deal with the reservation situation and demand for flights by focusing on nations and days of the week where there is somewhat more leeway to allow for such trips.

But those on extended business trips abroad who had not yet reserved seats on return flights would be stranded overseas until next year.

Kishida met with reporters on Dec. 2 and apologized for the confusion caused by the initial request.

“Because of the confusion created for some individuals, I instructed the transport ministry to take into consideration the demand among Japanese nationals who want to return home,” Kishida said.

Under Prime Minister Yoshihide Suga, Kishida’s predecessor, measures to deal with the novel coronavirus pandemic were retracted a day after reports surfaced about the new policy.

One example was the request to financial institutions to apply pressure on bars and restaurants that were not complying with government requests to shorten business hours or not serve alcohol.