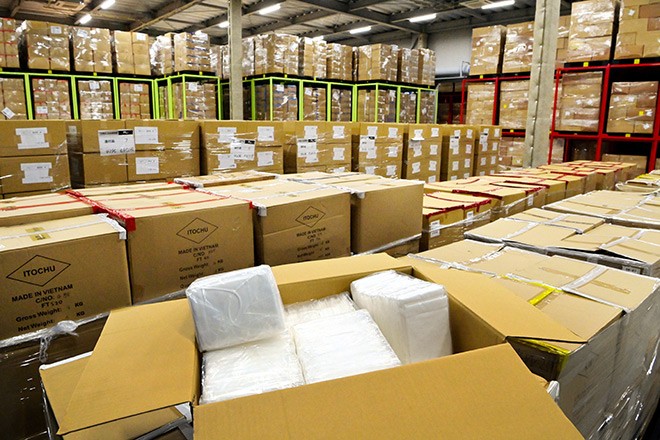 Tens of millions of cloth face masks procured by the Abe administration for every household nationwide early in the COVID-19 crisis lie unused in a vast warehouse close to Tokyo, testament to an ill-conceived project that proved to be a giant waste of taxpayers’ money.

More than 80 million masks are stuffed into 100,000 or so cardboard boxes at the site, according to the Ministry of Health, Labor and Welfare.

Shinzo Abe, who was prime minister in April 2020, announced the government would provide every household in Japan with two cloth face masks to help alleviate a shortage caused by a run on face coverings.

The packages proved very unpopular. Many people complained the masks were too small, discolored and arrived too late or were effectively useless as a long-term solution to the problem at hand.

In total, the government procured nearly 290 million cloth face masks, which included the Abenomask, as well as ones intended for care homes for the elderly, among other uses.

The cost to procure and mail the cloth masks came to nearly 50 billion yen.

Last month, the Board of Audit of Japan said that almost 30 percent of the masks the government procured--82.72 million face coverings--were sitting in a warehouse as of the end of March.

The ministry allowed a small team from The Asahi Shimbun into the cavernous warehouse near Tokyo on condition the site’s location would not be disclosed. Leading logistics firm Nippon Express Co. has provided storage space since April.

According to the ministry, 81.3 million cloth face masks were in the warehouse at the end of October, which means the ministry has been able to offload only 1.42 million face coverings since April.

A ministry official said each cardboard box contained between 200 and 2,000 face masks, adding that it would take at least 300 trucks, each with a 10-ton capacity, to transport the 100,000 or so cardboard boxes.

The boxes are piled on iron shelves. The ones on the top of the stack are nearly four meters from the floor. The shelves fill more than half of the floor space, which covers about 10,000 square meters. The boxes are tightly packed and each face mask is wrapped in a transparent plastic bag.

The Board of Audit noted in the fiscal 2020 audit report it submitted to Prime Minister Fumio Kishida last month that the government had spent nearly 600 million yen to date to store the masks.

If no major progress is made soon in getting rid of the leftover coverings, this fiscal year’s storage cost is expected to top 300 million yen.

The board called on the government to reduce those costs by either selling the unused masks or giving them away.

The ministry said it is working on how to give away the masks to individuals who want them or reuse them as medical gauze, but as yet has no detailed plan.