Surveillance cameras in train cars could soon be the norm 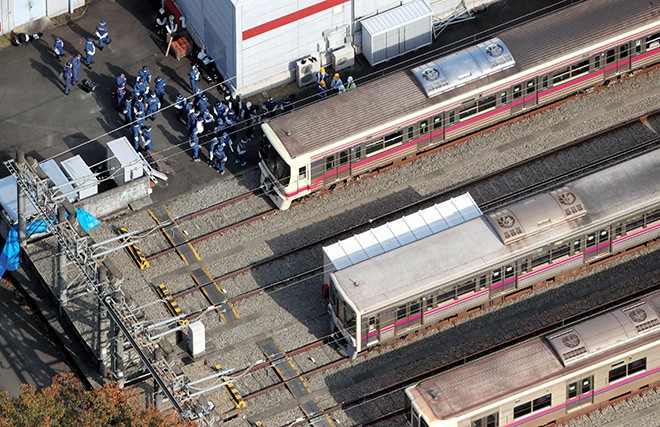 Japan is on a fast track to making rail companies across the country install surveillance cameras inside their trains following a series of high-profile attacks, sources said.

The transport ministry is planning the requirement in response to successive incidents where passengers were attacked and injured inside running trains.

A discussion panel will review the regulatory standards for train cars, which could be updated in fiscal 2022 at the earliest.

On Oct. 31, a man dressed in a Joker costume, a nefarious villain from the Batman superhero franchise, attacked passengers with a knife inside a running Keio Line train before setting the car on fire.

That incident brought to light a weak link in train security systems. Due to the absence of surveillance cameras inside the train, it took authorities a long time to identify where and how the attack was occurring.

The ministry’s discussion panel, which consists of experts and representatives from train companies, will examine which train cars the new regulations should target. At the moment, it is expected to cover each newly introduced train car, including for Shinkansen bullet trains.

Ministry regulations cover fire safety on trains, but not the installation of surveillance cameras. The panel will discuss setting a new standard on crime prevention inside trains, with an eye to revising the existing rules.

Train companies have voluntarily installed surveillance cameras inside their trains. However, since their functions vary substantially, the ministry intends to ramp up train safety measures all at once through introducing a new standard.

Currently, some can only record video footage, while others can transmit the video feed to a staff room inside a train and to a control room located outside the train.

The panel will also consider what functions should be added to the onboard emergency notification button, which is typically installed near train doors that allows passengers to alert train staff to an emergency.