Film festival to screen works that missed out due to pandemic 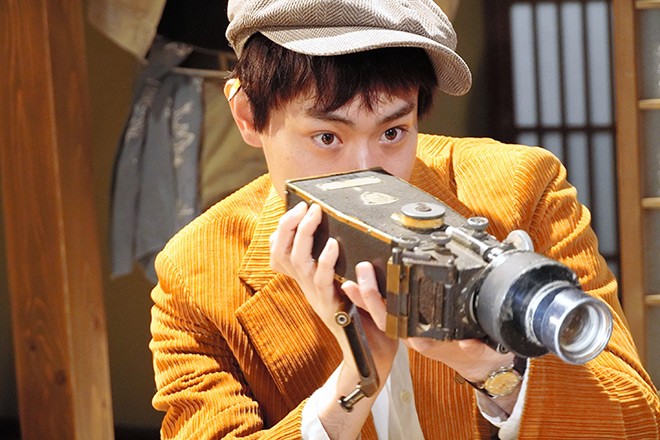 A scene from “Kinema no Kamisama” (It’s a Flickering Life). The movie is scheduled to be screened at the upcoming Come Back Film Festival in Tokyo. (Provided by Shochiku Co.)

A film festival aims to breathe new life into the struggling film distribution industry by showcasing dozens of flicks that suffered a loss under the COVID-19 pandemic.

“The lineup looks like a toy box turned upside down,” Shinichi Sasaki said in amusement about the Come Back Film Festival, scheduled from Dec. 4 to 19 in Tokyo’s Ikebukuro district.

Sasaki, who chairs the Japan Association of Theater Owners, felt compelled to organize the novel event to offer a much-needed lift to the ailing movie industry that he loves.

“I was raised by movies. So, I felt I had to do something now to make the (industry) come alive again,” he said.

The festival’s lineup of 59 films includes the Japanese blockbuster “Rurouni Kenshin: The Final / The Beginning”; a documentary on Stalin’s Soviet Union called “State Funeral;” an Oscar winner, “The Father”; old masterpieces such as “The Legend of the Pianist on the Ocean”; and a short film produced by a young director.

All the films in the festival have been affected by the pandemic in some way: screenings were canceled, audiences were limited during their theatrical release, or the shooting schedule was interrupted.

Sasaki invited movie distribution companies, from major ones such as Shochiku Co. and Warner Bros. Japan to independent distributors, to submit films they want to screen again.

“It provided me with an opportunity to talk with independent distribution companies, which I rarely did business with, under the pandemic,” he said.

The festival became eligible for a grant from the Cultural Affairs Agency through a project called “ARTS for the future!”

It will be held at Hall Mixa, a small 144-seat theater.

Each participating film will be screened just once, which will likely be unprofitable.

But Sasaki sees value in hosting the festival because the pandemic “mercilessly deprived filmmakers of an opportunity for expression,” he said.

Atsuko Murata, who heads the distribution company Mimosa Films Inc., welcomed Sasaki’s efforts, although she remains concerned about the state of the industry amid the ongoing health crisis.

Murata’s company will screen two films in the festival, “The Booksellers” and “The Capote Tapes.”

The number of people who have seen these films remains suppressed, from about one-third to half of pre-pandemic audience levels, she said.

“I am worried about the fact that elderly moviegoers have yet to return to theaters, but I welcome a project like the (festival) very much.”

More information on the festival can be found at: (https://comeback-movie-festival.jp)