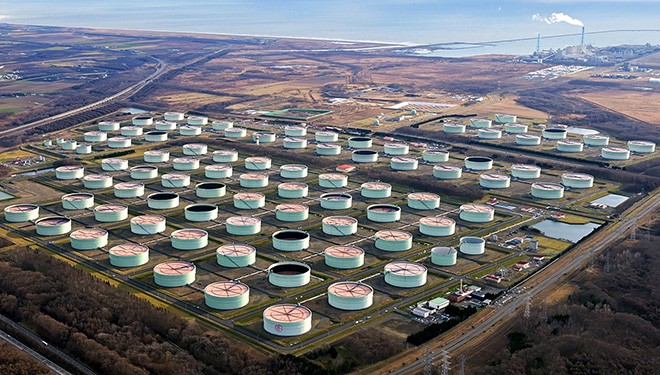 Japan’s plan to release oil from strategic reserves in coordination with the United States and other consuming countries remains unchanged despite the recent drop in oil prices, industry minister Koichi Hagiuda said on Friday.

Global oil prices have lost more than $10 a barrel since last Thursday when news of the Omicron coronavirus variant first shook investors.

Japan’s government said last week that it will release “a few hundred thousand kiloliters” in response to a U.S. request, though the details were still being worked out as it would entail some switch in the composition of the types of oil held in the national reserve.

“There is no change in our plan of releasing oil from reserves, as the sale will be done as a change in the type of oil, which we had planned to do,” Hagiuda said on Friday.

“As for the timing of the release, we will continue to make preparations while keeping a close eye on developments in the international energy market,” he said.

Oil prices climbed on Friday after OPEC+ surprised markets by sticking to its plans to boost output slowly but also said it would review supply additions ahead of its next scheduled meeting if the Omicron variant hits demand.

“We believe that the OPEC+ decision was made with a certain degree of consideration for the position of consuming countries, but… we will continue to urge oil-producing countries to increase production,” he said.

Japan, along with the United States, has asked oil producers to boost crude output to help lower prices.

The White House also said on Thursday it welcomed a decision by OPEC+ to incrementally increase oil output, but added that the United States has no plans to reconsider its decision to release crude reserves.