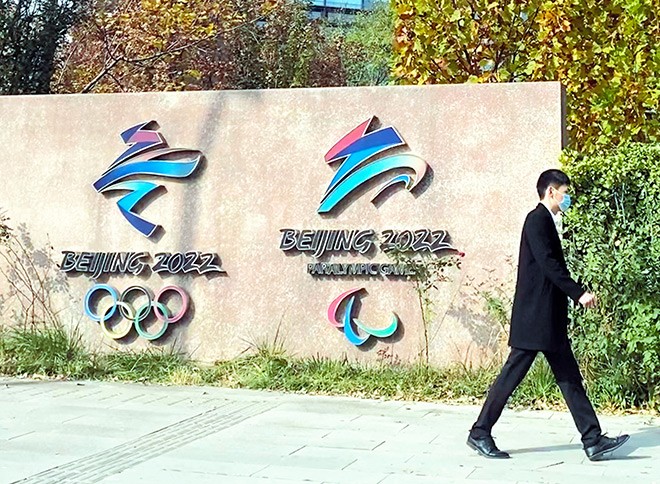 The group is not seeking to prevent Japanese athletes from taking part, but rather simply ensure that no government delegation is sent for fear it would send the wrong message.

“Sending a delegation of Japanese officials to the Beijing Winter Olympics would send the wrong signal to the international community because that would be equivalent to condoning of human rights oppression by China,” said Shigeharu Aoyama, an Upper House member who heads the group that seeks to protect Japan’s dignity and national interests. He spoke at a Dec. 3 news conference held after a group meeting.

The group intends to submit a formal request for a diplomatic boycott to Kishida and Foreign Minister Yoshimasa Hayashi.

Both the U.S. and British governments are also considering diplomatic boycotts to protest Beijing’s human rights abuses targeting the Uighur ethnic minority as well as its recent clampdown on freedoms in Hong Kong.

At his Dec. 3 news conference, Chief Cabinet Secretary Hirokazu Matsuno said, “While we will make a judgement at the appropriate time after comprehensively considering the various factors involved, no decision has been made as of now.”

A senior Foreign Ministry official also said, “We still have not determined what is meant by the diplomatic boycott being considered by Washington.”

Any decision will likely be made only after the United States has made its move.