Finally, a venue for foreign workers to air their grievances 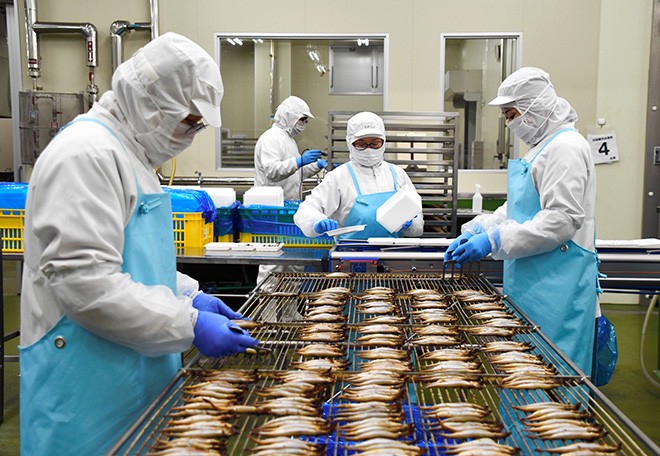 The government-affiliated Japan International Cooperation Agency teamed up with legal experts and leading businesses to devise ways to help resolve labor and social issues that have brought countless migrant workers to the point of despair, sources said.

Japan has grown increasingly dependent on unskilled workers from countries in Asia to fill a chronic labor void triggered by its rapidly aging society and dwindling birthrates. This has given rise to all sorts of issues as well as criticism Japan is exploiting migrant workers as a source of cheap labor.

As of October 2020, a record 1.72 million foreigners worked in Japan, according to government data. Foreign technical intern trainees, who accounted for about 400,000 of the total, are often forced to work under appalling conditions after they arrive in Japan saddled with huge loans taken out to finance their journeys and expenses.

Some unscrupulous employees withhold salaries and do not pay the promised amount or even overtime allowances.

Half of the foreign workers are hired by small and midsize businesses with workforces of less than 100. Many of those companies are subcontractors of large companies.

The government program ostensibly is intended to teach skills to migrant workers that they can take back to their home countries so they can establish a livelihood.

Under the envisaged mechanism, foreign workers’ grievances about pay and work conditions will be conveyed to their employers without revealing the identity of those making the complaint. This is aimed at alerting employers to potential problems at an early stage.

Workers seeking help will get the support they need and access to legal advice.

The concept was proposed by the Japan Platform for Migrant Workers Towards Responsible and Inclusive Society (JP-MIRAI), which comprises JICA, businesses, labor unions and other entities.

So far, several manufacturers listed on the prestigious First Section of the Tokyo Stock Exchange have shown interest in getting involved. The system will be up and running in spring, if all goes according to plan, JP-MIRAI said.

Initially, several thousand foreign workers are expected to be covered by the system, with the figure rising to around 200,000 in 2023.

Companies must pay a fee to be part of the project, which allows them to also register their business partners if those parties give their consent.

Foreign workers, mainly intern trainees and students doing part time jobs, will be asked to download dedicated apps on their smartphones or provide their contact details so they can be notified about the common ID to log in for the support system.

They will be able to consult with staff in eight languages about unpaid salaries and other labor issues through online chats, mail and the telephone.

Their grievances will be conveyed periodically to representatives of the employers without identifying who made the complaint. This arrangement is intended to serve as a window for foreign workers to press for a better work environment while remaining anonymous.

For businesses, it will allow them to recognize labor issues involving them and their business partners before matters turn serious.

As for grievances deemed to be potentially serious, counsellors will be on hand to provide constant support until the issues are resolved.

If that does not work, those cases will be referred to an alternative dispute resolution body to be set by a bar association to allow lawyers to try to resolve issues.

The system is intended to ensure that workers needing help do not suffer alone and in silence due to a lack of funds to finance a court battle, especially when time is counting down to their return to their home countries.

“Until now, no venue had been available in Japan where foreign workers and employers could argue their rights on an equal footing,” said a lawyer well versed in labor issues.

Businesses taking part in the setup can expect to benefit as they and their suppliers will likely be viewed as more responsible employers, given the involvement of JICA and a bar association.