In shared grief, pair form group to help those who lost loved ones 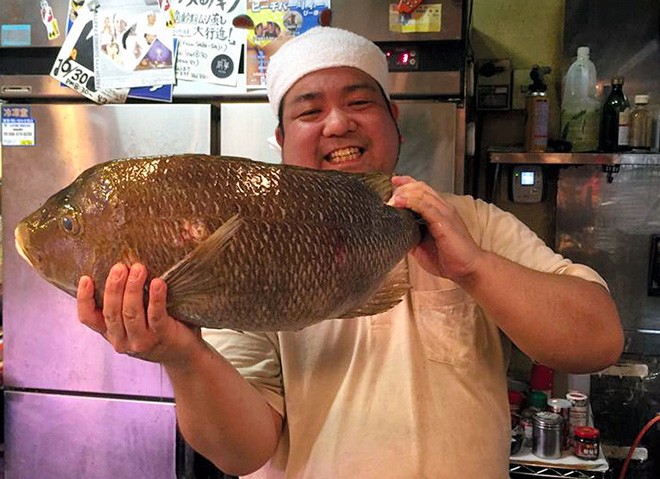 Yoshihiko Takeuchi tested positive for COVID-19 on Aug. 5 and died at his home in Naha. His body was found by public health workers on Aug. 8. (Provided by a relative of Yoshihiko Takeuchi)

Kaori Takada, a 47-year-old resident of Osaka, could not believe what she was hearing when Okinawa prefectural police called her in August.

An officer informed her that her brother, Yoshihiko Takeuchi, 43, had been found dead at his home in Naha, capital of Okinawa Prefecture.

Takeuchi, a native of Osaka Prefecture, had moved to the island and run an “izakaya” pub in Naha for the past nine years. He closed the establishment in April temporarily after a resurgence of COVID-19 cases in the southernmost prefecture, and was looking forward to reopening it.

On Aug. 12, two days after the police called, an official with the Naha public health center made contact to explain the circumstances of her brother’s death. They said he was running a fever and coughing when he tested positive for COVID-19 on Aug. 5.

As there were no hospital beds available, he had to stay home to recuperate.

Workers normally visit the home of an infected individual the day after if the patient did not answer the phone.

The health center said its response was delayed due to a sharp spike in new cases in the prefecture.

Takada was devastated by the news and wept daily over her loss.

Eventually, she felt compelled to do something.

In early September, she was introduced to 27-year-old Yuko Nishizato, who lost her father, Masanori, to the same disease. Later that month, the pair decided to form a group of bereaved families of COVID-19 patients who died at home without access to hospital care.

Their aim is to help the families deal with their grief by talking about lost loved ones in the hope of preventing similar tragedies in the future.

Nishizato’s parents lived in Saitama. Her father was confirmed infected on Aug. 8. As he had a pre-existing health condition, Masanori was eager to be treated in a hospital.

Despite numerous calls to the local health center, none went through for days.

But late in the afternoon of Aug. 13, Nishizato’s father told her that he had finally made contact with the public health center, only to be told it could not find a hospital bed for him.

That night, her mother called to say she was extremely concerned about his condition. Nishizato could hear her father groaning over the phone.

When she rushed to her parents’ home, Masanori, 73, was about to be loaded into an ambulance over a stretcher.

“Daddy,” she shouted. But he did not respond.

He died that night.

Takada said sharing her heart-wrenching experiences with Nishizato helped to ease her pain.

“There must be many families who have been left in isolation with no help,” Takada said of the reason she and Nishizato decided to set up the group of bereaved families.

Nishizato called on the Saitama city government to provide details of its health center’s response up until her father’s death.

“Unless a relative makes such a demand, there will never be another chance to find out what happened,” Takada said.

Takada and Nishizato said they will press the central and local governments to learn from the fifth wave of COVID-19 cases this past summer that left tens of thousands of patients without access to medical care because hospitals were overwhelmed. They said the authorities need to be better prepared to grapple with an anticipated sixth wave of COVID-19 cases this winter.

“Since the beginning of the pandemic early last year, administrative officials had plenty of time to put a system in place to protect patients like my brother,” Takada said. “But they could not even do that. If things are left as they are, we will see more victims in the new wave of cases.”