Toshiba walked away from potential buyout talks and Brookfield offer--sources 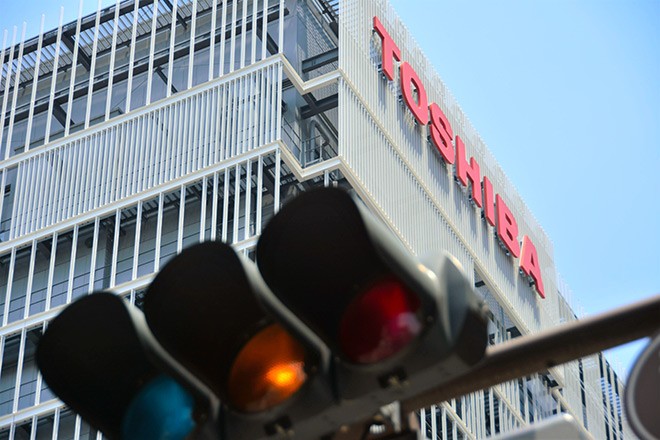 Japan’s Toshiba Corp. walked away from potential private equity buyout offers at a substantial premium, as well as advanced talks for a minority stake from Canada’s Brookfield, according to three people familiar with the matter.

Toshiba’s decision to not pursue either course--some details of which have not been previously reported--and instead focus on a plan to split itself in three, has widened the gulf between the conglomerate and a number of its hedge fund investors, according to the people, all of whom declined to be identified because of the sensitivity of the issue.

Some investors take issue with Toshiba’s argument that a three-way split would create greater value than a private equity deal, given the company never formally solicited buyout bids, the people said. As such, some investors question the transparency of Toshiba’s ongoing strategic review.

At least one private equity firm told the Toshiba committee tasked with its strategic review that a deal to take it private could be done at 6,000 yen a share or more, according to two people briefed on the review process.

Another private equity firm told the committee a deal could get done at around 5,000 yen a share, according to one of the people briefed on the review and another person.

A price of 6,000 yen would value Toshiba at around 2.6 trillion yen ($23 billion) and represent a 32-percent premium to its average price over the past 200 days, according to Refinitiv data.

It would also be in line with the 6,000 yen range that some major shareholders including hedge fund Elliott Management have estimated as fair.

The Toshiba committee said last month it asked four private equity firms at what price a potential deal to go private could happen. The range of prices it received were “not compelling relative to market expectations” it said in a statement, without specifying the range or elaborating on market expectations.

“We are communicating with shareholders explaining the separation plan we announced on Nov. 12 as well as listening to their opinions,” Toshiba said in a statement to Reuters. “We will continue our communications with various stakeholders.”

The outside director who heads the committee, Paul Brough, told investors splitting Toshiba was “the best alternative”, and the committee would not change its mind even if the price levels were made public, according to a transcript of a Nov. 15 meeting with investors seen by Reuters.

Asked by an investor whether shareholders could “have a voice in the process,” Brough said the committee hoped shareholders would agree the break-up offered greater value.

Reached via a Toshiba spokesperson, Brough confirmed his comments in the transcript but declined to comment further.

Some shareholders have also taken issue with Toshiba’s decision not to pursue talks with Canada’s Brookfield Asset Management, one of the private equity firms, on a potential minority investment, according to several sources.

That could have seen Brookfield, which successfully turned around the conglomerate’s bankrupt nuclear power business Westinghouse, take a minority stake and help overhaul the business, sources said.

Brookfield did not immediately respond to a request for comment.

Toshiba’s review committee has said it held more than 25 meetings with an unnamed “party,” but the suggested transaction was ultimately deemed as “challenging” for shareholders to support.

A Toshiba source, who declined to be identified, said it appeared some hedge fund investors won’t ever be won over to the break-up plan.

“Certain shareholders would never be satisfied unless we agree to be taken private,” the Toshiba source said.