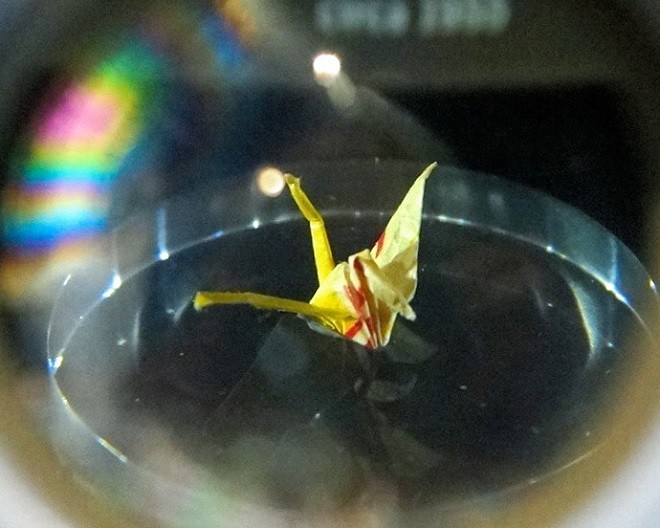 On this day 80 years ago, Japan declared war on the United States and Britain.

What made Japan rush recklessly into a new war when the conflict with China was turning into a quagmire?

Japan’s experience shows how seriously a nation can err when the government withholds information, restricts freedom and deprives citizens of their ability to make their own judgments.

Dwindling numbers of those who lived through that era make it important now more than ever to examine history and try to draw lessons from it. And just as vital to everyone alive today is to live up to their responsibility of ensuring that the next generation, no matter what countries they are from, will be taught to fully understand the preciousness of peace and friendship.

There are two places that particularly symbolize the savagery of war.

One is Pearl Harbor in Hawaii where more than 2,400 navy personnel and civilians were killed in a surprise Japanese attack. The other is Hiroshima, the first city in history to be leveled by atomic bombing.

Japanese and American citizens from these two places have come together in various shared endeavors.

A Japanese “orizuru” folded paper crane is on display at the Pearl Harbor National Memorial in Honolulu, where the crew members of the USS Arizona who lost their lives are remembered.

Masahiro’s younger sister, Sadako, was an infant in Hiroshima at the time of the atomic bombing. She died 10 years later from leukemia at the age of 12.

Hoping for recovery while battling her illness, Sadako kept folding “senbazuru” (votive 1,000 cranes) from medicine wrappers and other pieces of paper, and her story became widely known around the world.

The crane gifted to the memorial was made by Sadako.

The Sasakis’ gesture was made possible by Clifton Truman Daniel, 64, a former U.S. journalist and the oldest grandson of Harry S. Truman, the U.S. president who authorized the use of atomic bombs against Japan.

For years, Daniel never questioned the American view that the bombings accelerated Japan’s surrender and saved the lives of countless U.S. troops. But when he came across Sadako’s story in his son’s school textbook, he started having second thoughts.

Daniel met with the Sasaki family. And while visiting Hiroshima and Nagasaki and listening to hibakusha accounts, he became convinced of his responsibility to ensure Americans knew about the inhumanity of the A-bomb attacks.

Some people in Hiroshima and Nagasaki were worried that donating one of Sadako’s paper cranes to the Pearl Harbor National Memorial could create a diplomatic issue. However, the Sasaki family hoped the gifted crane might prompt Americans to think more deeply about the reality of the atomic bombings, and the curators at the national memorial shared their hope.

The story didn’t end there.

Earlier this year, Daniel and the Sasaki family established a nonprofit body called Orizuru Kikin foundation in the United States.

Through this NPO, they intend to solicit donations to fund programs for Japanese and American educators and children to visit Pearl Harbor and Hiroshima, as well as Nagasaki, to better grasp the history of their respective countries at first hand. The plan is to eventually broaden the program to include Chinese and South Korean citizens.

After decades of grief and agony, the American slogan of “Remember Pearl Harbor,” which was initially meant to drum up the U.S. war effort, has become merged with the “No More Hiroshimas” call for peace and the elimination of nuclear weapons.

Our hope is that Dec. 8 becomes the day for recalling the long road that led to this, as well as contemplating the future.