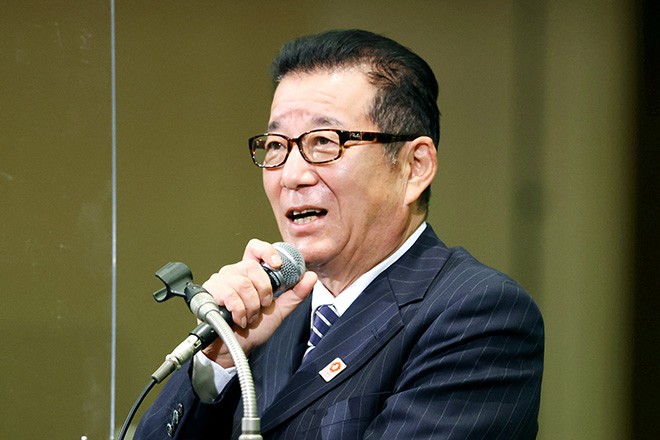 Osaka Mayor Ichiro Matsui faces a complication in his plans to use only cash, not coupons, in distributing the central government’s COVID-19 relief package of 100,000 yen ($880) each for children.

The government plans to provide 50,000 yen in cash within this year and coupons worth 50,000 yen ahead of the new school year in spring to every child aged 18 or under in lower-income households.

In Osaka, Matsui said, the funds for the cash portion will be provided this year by the central government and the other half, also in cash, will be temporarily financed by the city’s financial adjustment fund.

“If there are no penalties for (the all-cash handouts), we will provide 100,000 yen through banks on Dec. 27 (for junior high school students or younger),” Matsui, leader of Nippon Ishin no Kai (Japan Innovation Party), told reporters on Dec. 7.

However, Matsui the following day said Cabinet Office officials informed the city that the central government may not cover the funds the city plans to use for the coupon portion, saying the outlays have a different purpose.

The Cabinet approved the handout program in November as an economic measure to blunt the impact of the novel coronavirus pandemic.

The government wants the money spent, not saved, so it decided to provide half of the package in coupons. However, it said cash can be used instead of the coupons depending on the situation at the municipalities.

Critics have pointed out that issuing those coupons nationwide would result in an estimated 96.7 billion yen in extra administrative costs while increasing the work burden on municipalities.

Matsui said his cash-only plan would be more efficient for the municipal government and would better meet the needs of residents.

Kinuyo Someya, mayor of Shimada in Shizuoka Prefecture, said on Nov. 26 that the entire 100,000 yen package would be paid in cash. The Ota city government in Gunma Prefecture plans to do the same.

The handouts will be provided to children of households with annual incomes under 9.6 million yen.

In Osaka city, about 350,000 children are eligible for the handouts.