U.S. remembers the day the world changed 80 years ago at Pearl Harbor 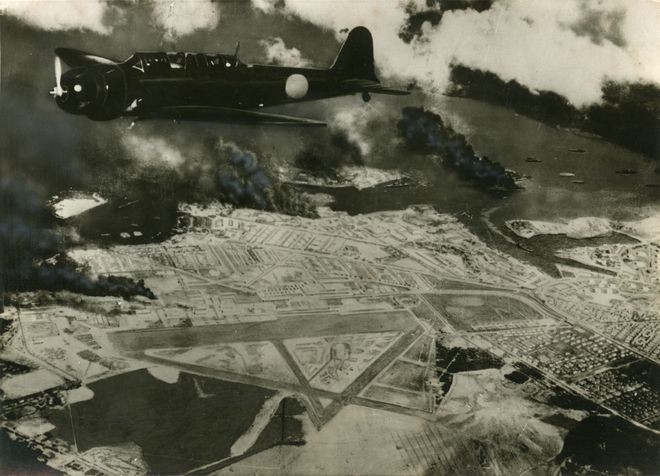 The United States marked the 80th anniversary of the Japanese attack on the U.S. naval base in Pearl Harbor, Hawaii, on Tuesday as the number of Americans belonging to the “Greatest Generation” who lived through World War Two dwindles.

The attack on Dec. 7, 1941 shook a country so focused on the war in Europe that it lost sight of the threat posed by Japan, according to historians. It killed 2,390 Americans, and the United States declared war on Japan the next day.

“The ranks of Pearl Harbor survivors grow thinner with each passing year. But the memory of their heroism-and our gratitude-still shine bright,” U.S. Defense Secretary Lloyd Austin said in a statement. “They were among the first of the Greatest Generation to taste combat, to know war. And they answered that call to duty with exceptional skill and fortitude.”

President Joe Biden visited the World War Two memorial in Washington early Tuesday morning to observe the anniversary, saluting a wreath among the columns. First lady Jill Biden laid a bouquet at the memorial’s New Jersey pillar to honor her father, Donald Jacobs, who served as a U.S. Navy Signalman in the war.

“We honor the patriots who perished, commemorate the valor of all those who defended our nation, and recommit ourselves to carrying forth the ensuing peace and reconciliation that brought a better future for our world,” Biden later said on Twitter.

In Hawaii, a memorial ceremony at Pearl Harbor Monday evening honored the 58 service members who died aboard the battleship USS Utah, one of the first ships hit in the attack.

Members of the U.S. Navy, veterans, friends and family members stood as the names of those who died were read out, each accompanied by a tolling bell. The bugle call “Taps” then rang out near the site of the sinking.

Several other remembrances organized by the National Park Service and the U.S. Navy are also planned to mark the day.

The bombing was famously dubbed “a date which will live in infamy” by then-U.S. President Franklin D. Roosevelt.

The United States defeated Japan in August 1945, days after U.S. atomic bomb attacks on Hiroshima and Nagasaki killed hundreds of thousands of civilians.

Former U.S. President George H.W. Bush who joined the U.S. Navy after the Pearl Harbor attack, died in 2018 at age 94.

Ray Chavez, who was the oldest surviving U.S. veteran of the attack, died in 2018 at age 106, according to media reports.