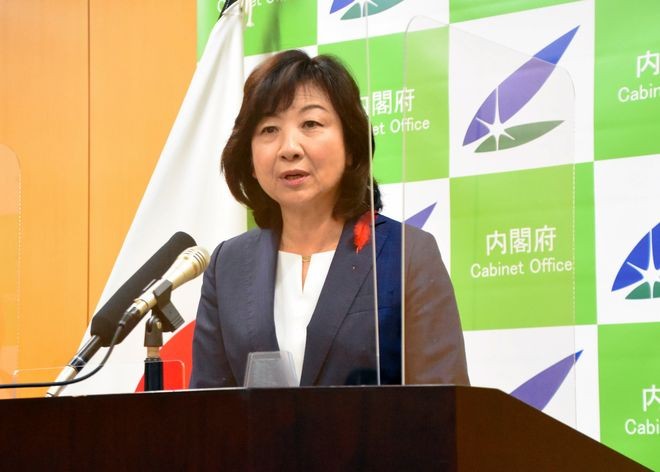 One-third of companies listed on the First Section of the Tokyo Stock Exchange still have no female executives, prompting the government to publicly shame them by listing their names on a website.

According to the Cabinet Office’s Gender Equality Bureau, 732 enterprises, or 33.4 percent of the TSE’s top-listed companies, had no female directors or auditors as of the end of July. The names of those corporations are shown on the bureau’s website to get them to take aggressive steps to change their management structure.

“Allowing women to fulfill their potential at corporations is extremely important because that will unlock all sorts of innovative ideas to realize continuous corporate growth,” said Seiko Noda, the state minister in charge of gender equality, at a Nov. 26 news conference after a Cabinet meeting.

Although the ratio of companies with no women in executive positions declined from 62.0 percent in 2017, one-third of the blue-chip companies still have no female board members.

By business type, the rate of operators with no female management topped 50 percent in nine of 33 industries. These included the real estate business and companies that manufacture metal products.

The number of female directors or auditors came to 3,055, up 527 from the previous year, accounting for no more than 7.5 percent of the total.

Women typically make up around 30 percent of company executives in Europe and the United States, a survey by the Organization for Economic Cooperation and Development (OECD) shows, although survey methods in Japan are different from those in the OECD assessment.

Business operators with higher female executive percentages are prone to boast higher levels of profitability than their no-female-management counterparts, according to the U.S. consultant firm McKinsey & Co. and other sources.

For this reason, information on female executive appointments has become increasingly important for institutional investors when deciding which companies to back.