Scandals lead to supply shortages for 3,100 drugs in Japan 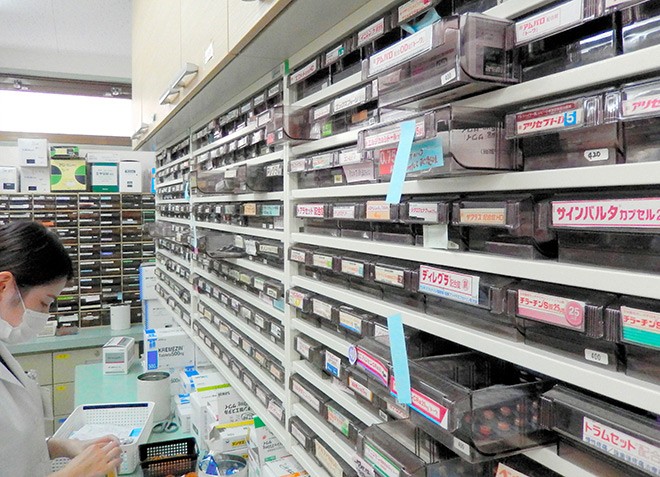 The temporary shutdowns of scandal-hit pharmaceutical companies have led to a shortage of more than 3,000 drugs, mostly generic medications, prompting the health ministry to instruct the industry to replenish the supply chain.

However, other drug makers appear reluctant to pick up the slack because they are prioritizing medicine for their longtime customers.

The 3,100 or so medications in short supply make up more than 20 percent of the estimated 14,000 drugs covered by the national health insurance program.

The ministry said it will take about two years until shipments can resume for all generic drugs now in short supply following the mistakes and misconduct of drug makers.

The paucity of proprietary drugs was triggered by the scandal centering on Kobayashi Kako Co. in Fukui Prefecture.

It accidentally mixed sleeping medication into its generic drug for athlete’s foot released last year. The mistake is believed to have caused two deaths and sickened more than 200.

The ministry issued a 116-day business suspension order for the company in February.

Shoddy and underhanded work in production processes led to the business suspension of Nichi-Iko Pharmaceutical Co., a company based in Toyama, in March, and a similar shutdown order for Choseido Pharmaceutical Co. in Tokushima in October.

According to the ministry, shipments of a total of 641 drugs by the three companies were either suspended or delayed, leading to a shortage of supplies.

A ministry survey in October showed that supplies in September declined year on year for 14 percent of about 4,800 varieties of generic drugs shelved by the shutdown orders as well as their standard-compliant alternatives consisting of the same ingredients.

On Dec. 10, the ministry urged the Federation of Pharmaceutical Manufacturers’ Association of Japan to bolster production of some of the generic drugs used to treat high blood pressure and bronchial asthma that saw year-on-year supply reductions of more than 20 percent.

It also called on federation members to halt by the year-end “shipping adjustments” for generic medications that have not been readily available, despite a report saying their production increased by more than 5 percent.

Pharmaceutical companies that produce generic drugs using the same ingredients have been swamped with orders from pharmacies scrambling to secure the medications.

Although the drug makers may hold sufficient stockpiles, they do not want to easily release them because doing so could imperil their supplies for longtime customers.

Another difficulty in ensuring a stable supply of the drugs in the domestic market is that Japan relies on imports of ingredients for 60 percent of the generic medicines.

The novel coronavirus pandemic has delayed imports, stalling production of the drugs in Japan.

The scandal-hit pharmaceutical companies are reassessing the management systems of their products to ensure safety. They cannot swiftly bolster production because they lack funds for sophisticated equipment and labor.

Branded medicines are also running short on supply because more patients have been forced to switch to them due the the lack of generic drugs.

In an effort to curtail the ever-growing health care costs in the aging society, the government has recommended the use of generic medications.

The share of generic drugs in the market was less than 50 percent as of September 2013, when the more expensive branded drugs were still predominantly in use.

The generic-drug ratio rose to 78.3 percent as of the same month last year.

The government’s target is more than 80 percent by the end of March 2024.

(This article was written by Keishi Nishimura and Kai Ichino.)