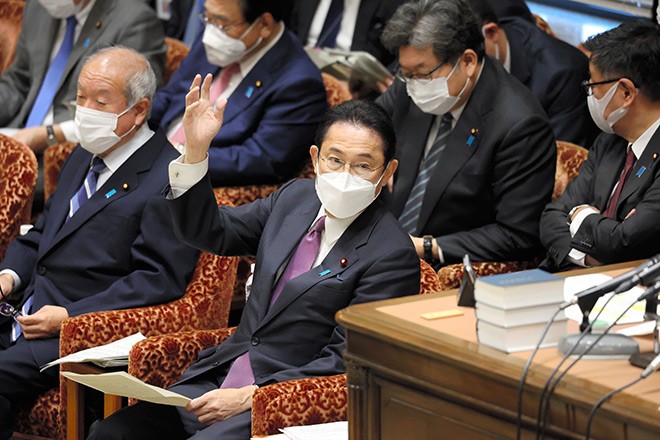 Both Prime Minister Fumio Kishida and infrastructure minister Tetsuo Saito apologized on Dec. 15 for the eight years of construction contract figures that were falsified under the instructions of ministry bureaucrats.

The two were asked by Takeshi Shina, a member of the opposition Constitutional Democratic Party of Japan, in the Lower House Budget Committee session about The Asahi Shimbun report on the inflated contract numbers, which are used to calculate GDP and other economic statistics.

“It is an extremely regrettable development and we must make efforts to ensure this never happens again,” Kishida said.

The prime minister said the report was accurate, but he stopped short of clearly endorsing Shina’s proposal to set up a third-party committee to investigate the matter to clarify the motive and identify those who should be held responsible.

Saito also apologized and described the matter as “extremely regrettable.”