EDITORIAL: Rigorous probe into construction data diddling an absolute must 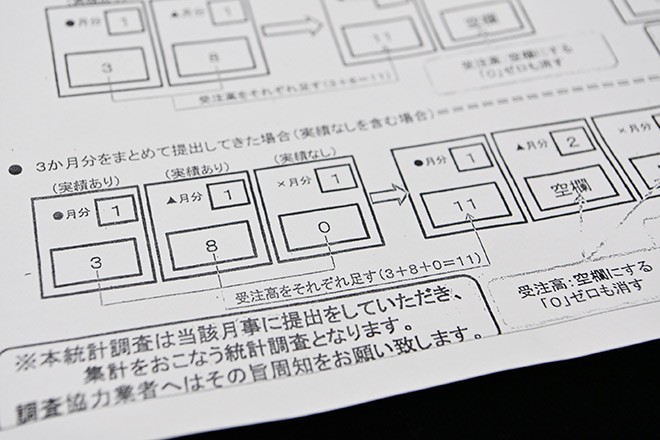 Infrastructure ministry bureaucrats engaged in serious malfeasance for the past eight years by inflating construction contract figures when pressed to meet deadlines, which almost certainly distorted key economic statistics put out by the government.

The data is one of the 53 indicators defined as core barometers of the nation’s economic health and used to calculate other important statistics, including gross domestic product.

That the government needs to mount a rigorous investigation into this fiasco, in cooperation with an independent party, is beyond question. Key questions that need to be answered are when and why the practice started, how much data was distorted and which official indicators were affected.

In principle, the selected companies are required to submit monthly reports that tally the monetary figures of the contracts they received for that month. The ministry instructed prefectural authorities in charge of collating the reports what to do if a company failed to meet the deadline and later submitted reports for several months in a row.

Local government officials were told to tally the figures for those months and enter the total in the report for the latest reporting month. The officials erased the figures and rewrote them in pencil. Around 10,000 alterations were made annually.

This practice resulted in double counting. When a company failed to meet the monthly deadline for submitting a report, the prefectural administration officials were told to use the average figure of all the companies that submitted reports instead of listing “zero” for the month. As a result, the data involving such cases was inflated.

It seems the practice was introduced because many firms missed the monthly reporting deadlines. But this fact does not justify the unacceptable practice of rewriting raw data used for official statistics. Both the ministry and the prefectural administrations seem to have been oblivious to the importance of the statistics they were handling.

This statistical malfeasance recalls irregularities concerning monthly labor data used to calculate unemployment payouts and other social benefits that came to light three years ago and resulted in underpayment of benefits to more than 20 million people. A sweeping review to assess the credibility of official statistics conducted in response to the labor data scandal failed to uncover the latest violation.

While the problem was pointed out in a report the Board of Audit submitted to the Upper House in September, the ministry did not publish the fact. All these failures are baffling.

The basic plan, for instance, points out the importance of promoting online surveys. This approach is likely to prevent many types of irregularities, including the kind that affected the construction data. While online surveys are now conducted for 85 percent of the 298 official statistics, online responses account for less than half of 60 percent of these statistics, according to the Board of Audit.

The government describes official statistics as “information bases supporting the people’s rational decision making.” This recognition should prompt the government to step up efforts to ensure the effectiveness of the ongoing reform effort.