Ministry officials rewrote reports after Board of Audit intervened 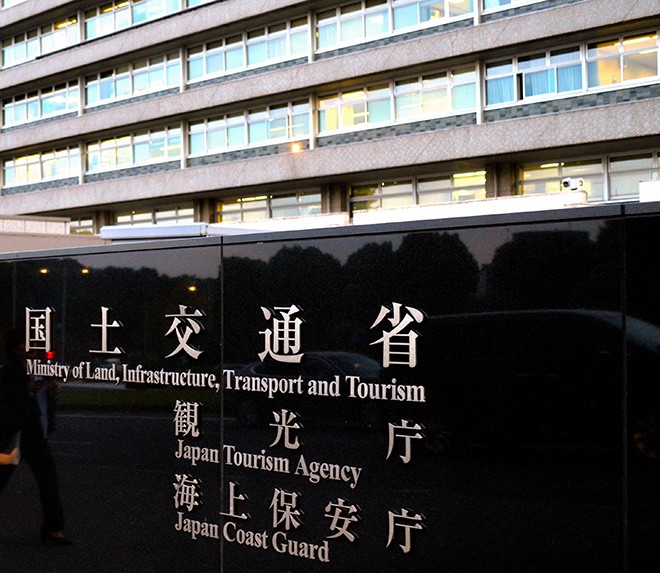 In January 2020, bean counters at the Board of Audit noted problems with monthly construction contract figures compiled by the infrastructure ministry for use in important government economic statistics and raised the issue with top officials there.

The ministry promptly instructed prefectural government officials in charge of collating the monthly reports from construction companies to stop falsifying the records, but the problem did not stop there.

After that, ministry officials took it upon themselves to rewrite the monthly statistic figure, ministry sources said.

“A sudden decrease in the monthly figures would have had a dramatic impact,” noted an official in the section in charge of compiling the statistics.

The data is considered a “fundamental statistic” that is used to calculate, among other things, gross domestic product.

Board of Audit officials said Dec. 15 they were aware that ministry officials themselves were rewriting the reports after January 2020.

The revelation prompted Prime Minister Fumio Kishida on Dec. 16 to instruct infrastructure minister Tetsuo Saito to set up a third-party committee to look into the scandal.

Kishida had been less enthusiastic the previous day about setting up a committee, but then an opposition lawmaker called for an investigation to determine the motive of the falsification and ascertain which ministry officials should be held accountable.

Pushed into a corner, Kishida said he wanted a report from the investigative committee within a month of its establishment so it could be submitted to the statistics committee within the internal affairs ministry, which is in charge of fundamental statistics.

He made the pledge in response to questions at the Upper House Budget Committee from Shinkun Haku of the opposition Constitutional Democratic Party of Japan.

At the same session, Saito acknowledged that ministry officials went about rewriting the monthly reports after the Board of Audit raised the matter in January of last year.

The investigative committee will be overseen by Saito, who said he hoped it would prevent a recurrence of such scandalous behavior and restore public trust in government statistics.

Haku also asked whether the rewriting of the reports had any impact on the compilation of GDP figures.

Daishiro Yamagiwa, the state minister in charge of economic revitalization, said the effect was probably minor.

Both Kishida and Saito said Dec. 15 that the situation improved after the Board of Audit raised the issue in January 2020. Kishida said the construction contract data had been revised from that date so there would be no direct effect on GDP figures for fiscal 2020 and 2021.

(This article was written by Yoshitaka Ito, Shuhei Shibata and Naoki Urano.)