Government: Anyone want a free Abenomask? Anyone? 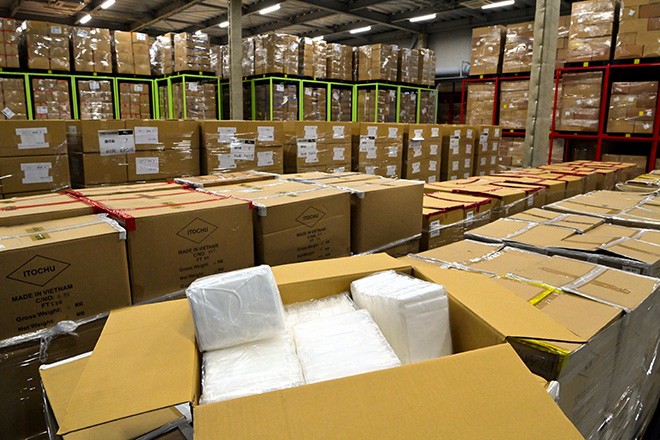 In an apparent attempt to finally end the “Abenomask” fiasco, the government said it will give away millions of the undistributed anti-virus facial coverings to anyone who wants them.

“As a further measure to effectively use the (overstock), we will distribute the masks to local governments interested in supplying them to their residents or stockpiling them for future disasters,” Chief Cabinet Secretary Hirokazu Matsuno said at a news conference on Dec. 15.

“The central government will also take steps to distribute the (masks) to individuals who want them,” he added.

The mask giveaway program was initially announced by Prime Minister Shinzo Abe in April 2020, when the protective gear was in short supply because of the spreading COVID-19 pandemic

The government made available about 290 million of what became known as Abenomasks for all households, care facilities and others.

However, the mask program was criticized and ridiculed. Many people said the masks were too small or had arrived long after mask supplies had caught up with demand.

In addition, the costs to procure and deliver the masks came to nearly 50 billion yen ($440 million).

Further criticism of the program arose when the health ministry said that 81.3 million Abenomasks remained in storage as inventory as of the end of October.

The Board of Audit said the total costs of storing these masks had reached about 600 million yen by the end of fiscal 2020.

Prime Minister Fumio Kishida touched on the unused mask issue at a Lower House Budget Committee meeting on Dec. 14: “First I want to seek a way to use them effectively. Then I want to discuss if there is a way from a cost-performance perspective.”

Kishida added that the government “should take very seriously a regrettable issue that needs to be examined.”