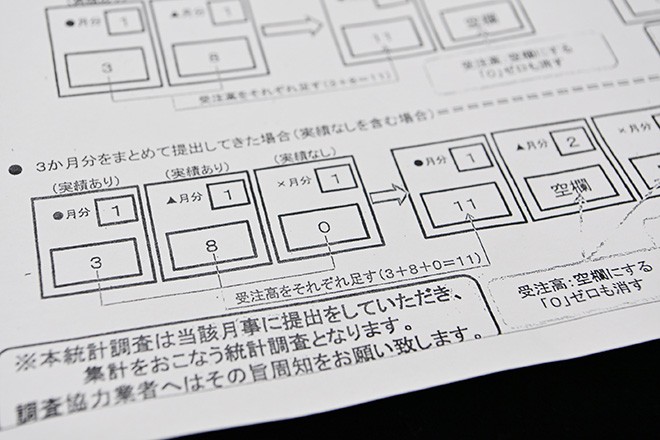 The Board of Audit did not flag that the infrastructure ministry was falsifying a fundamental government statistic by double counting figures when it submitted its report to the Diet in September, even though it had discovered the discrepancy.

The board said it opted against raising the issue of double counting in the report because it could not determine what impact the incorrect data ultimately had on the outcome of the survey reports.

But critics say the board should have sounded the alarm to the Diet after discovering the figures had been inflated.

Hiroshi Arikawa, former director-general of a bureau in charge of auditing government ministries and agencies at the Board of Audit, blasted the board for not mentioning in its report that it discovered double counting in the official monthly figures for construction contracts.

“The core part of the question is the double counting,” said Arikawa, who is now a professor of public policy at Nihon University. “If the Board of Audit became aware of it, it should have entered the findings in its report.”

The Board of Audit said it caught the problem in the Current Survey of Orders Received for Construction, in which the ministry had instructed prefectural officials to double-count contract figures, during a review it launched in June 2019 into the accuracy of government statistics.

That review was prompted by a revelation in late 2018 that the labor ministry’s Monthly Labor Survey, another fundamental government statistic, was compiled in a questionable manner.

After the Board of Audit pointed out the dubious way the figures were compiled to the Ministry of Land, Infrastructure, Transport and Tourism, the ministry issued a directive in January 2020 that local officials refrain from inflating figures.

But ministry officials took over the collating of the monthly reports after that, continuing to engage in the data falsification at a reduced scale until March.

The Board of Audit had full knowledge of the ministry’s involvement all the while through its probe.

But it decided to take a wait-and-see approach after the ministry said it would end the practice of tinkering with the numbers and consider a review of the survey’s methodology through talks with the internal affairs ministry.

The Board of Audit acknowledged that it knew that the ministry stopped falsifying data from April.

But the board did not spell out the ministry’s double counting or data tampering by ministry officials.

“Since the report mentioned those two points clearly, we believed that it is decipherable between the lines that the ministry continued tampering with the data,” a representative with the Board of Audit said.

As for the double counting, the representative said the Board of Audit “could not figure out how much impact it would have on the survey results and decided to see how the ministry would respond.”

The Constitution states that final accounts of the expenditures and revenues of the government must be audited annually by the Board of Audit.

But Arikawa said the Board of Audit’s task is not just vetting the flow of money.

“The Board of Audit’s primary task should be to examine whether government ministries and agencies achieved their administrative targets, going beyond the question of the accounting.”

(This story was written by Ryota Goto and Naoki Urano.)