Japan irked at U.S. military’s failure to test for COVID-19 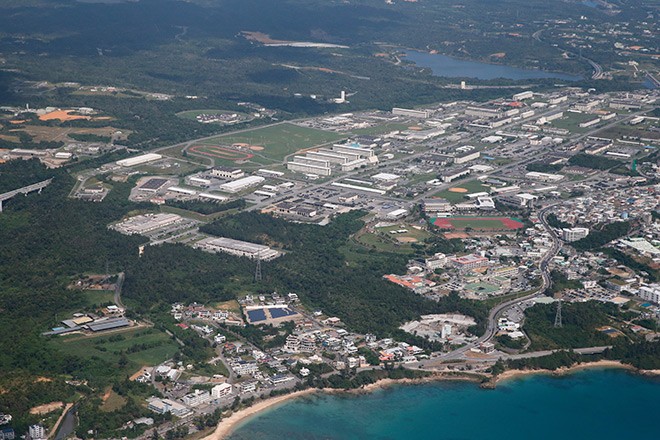 Japan expressed its annoyance that the U.S. military did not promptly test its service personnel for COVID-19 upon departure and arrival, a situation it blames for a growing cluster outbreak at the U.S. Marine Corps Camp Hansen in Okinawa Prefecture.

Foreign Minister Yoshimasa Hayashi said he voiced his concerns Dec. 22 to Ricky Rupp, the commander of U.S. Forces Japan, when they spoke by phone about the U.S. military’s failure to take thorough steps to keep the novel coronavirus at bay.

The issue has taken on heightened importance due to the spread of the Omicron variant of the virus and moves by the government to keep the public safe.

The U.S. military conducts PCR tests on its service members entering Japan within five days of their arrival, but not when they are leaving their country and immediately after arriving in Japan, according to Hayashi.

He also complained that U.S. personnel were permitted to move freely at on-base facilities even during the mandatory 14-day self-quarantine period imposed by the Japanese government on new arrivals.

Japan on Nov. 30 tightened its border control measures against the Omicron variant by barring entry to foreign tourists.

However, Japanese law does not apply to U.S. military service members under the Japan-U.S. Status of Forces Agreement.