Biden Omicron measures too little, too late for fast-moving virus--experts 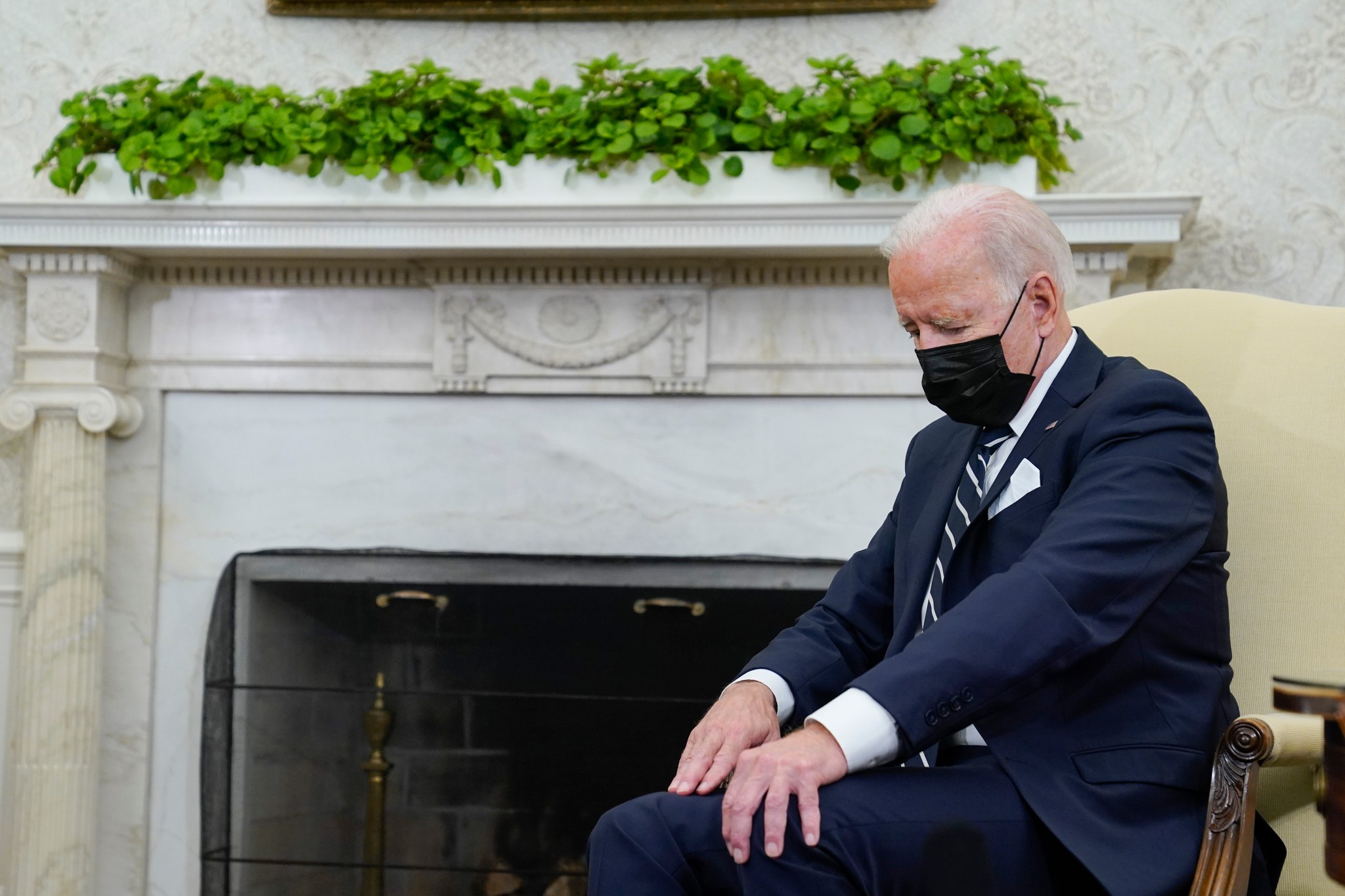 President Joe Biden listens as he meets with Israeli Prime Minister Naftali Bennett in the Oval Office of the White House on Aug. 27 in Washington. (AP Photo)

WASHINGTON--U.S. President Joe Biden’s steps to backstop hospitals and distribute coronavirus test kits, however welcome, are too little too late to stem a surge of Omicron-related coronavirus cases over Christmas and New Year, health experts said.

A day after Biden outlined plans to distribute 500 million at-home coronavirus test kits, Anne Rimoin, a UCLA professor of epidemiology, praised his focus on testing, a “critical tool” that the United States was “woefully” behind on.

“Unfortunately, it’s late in coming and will be a small drop in the bucket compared to the tsunami of cases on the horizon.”

The tests promised by the White House starting in January equate to just one or two per U.S. resident. Households need far more to make daily decisions about exposure, Rimoin said.

“We need those tests now,” she said. U.S. testing is behind the curve because of a lack of skilled workers, a shortage of at-home tests and under-investment in recent months, according to interviews with more than a dozen officials, health providers and testmakers.

Biden, a Democrat who took office in January, campaigned on a promise to take control of the pandemic, which his predecessor, Republican President Donald Trump, played down as hundreds of thousands died.

He has focused largely on persuading Americans to get vaccinated, amid pushback from many Republican leaders who reject vaccine and masking rules and an anti-vaccination movement fueled by conspiracy theories on social media. The United States recently passed 800,000 deaths, the most in the world, and its vaccination rate lags most rich nations.

Biden said some 1,000 military doctors, nurses and medics had been deployed to support hospitals. He stressed the unvaccinated carried the bulk of the burden of health risks.

‘NO, NOTHING’S BEEN GOOD ENOUGH’

Asked about the tests shortage in an interview broadcast on ABC late on Wednesday, the president said, “No, nothing’s been good enough,” adding, “I wish I had thought about ordering” 500 million at-home tests “two months ago.”

Vanity Fair reported on Thursday that the Biden administration in October rejected a plan by expert to ramp up testing ahead of the holidays. The White House did not immediately respond to a request for comment from Reuters.

White House press secretary Jen Psaki defended the administration’s track record on testing this week, noting that it had quadrupled the size of its testing program in the last four months.

She added that Biden’s use of the Defense Production Act and $3 billion in prior investments in at-home test kits helped ramp up production capacity to where it could even handle a 500 million kit order.

State and local leaders in New York, where Omicron is surging, said they supported Biden’s approach. But other academics criticized Biden for reassuring Americans that schools and businesses could remain open and that the vaccinated could safely gather without emphasizing the risks they face if they fail to get a booster shot.

Breakthrough Omicron infections are rising among the 61 percent of the country’s fully vaccinated population; only 30 percent have gotten booster shots said to provide more protection.

“He kept reiterating, ‘vaccines work, vaccines work,’ like a mantra, a talisman,” tweeted Gregg Gonsalves, a Yale University professor of epidemiology, adding Biden should have made clear a booster shot was key to protecting against the Omicron variant.

He said Biden should have made masks a more integral part of the response.

“And on masks? Bupkis. Get people N95s and other better masks,” he wrote. “This sounded like an administration caught flat-footed, running to play catch-up.”

Psaki on Friday, however, stressed that the administration has an ample supply of masks and works with community health centers and other medical organizations to ensure Americans have access. “We have not seen a shortage,” she said.

“There’s a tidal wave of infection coming, and I would have liked to see the president emphasize that all of us--whether vaccinated or boosted or unvaccinated--can do more to minimize transmission risks,” said Joshua Salomon, a Stanford University professor of health policy.

The World Health Organization urged people to cancel holiday gatherings, saying they would result in “overwhelmed health systems and more deaths.” Instead the White House said on Tuesday it was following CDC guidance, which includes recommending masks in indoor public settings and self-testing before gatherings with another household.

“They’re going to the path of least resistance now. They know people are tired, people are fed up. They know that any talk of any harsher measures… will get met by vociferous pushback from the Republicans,” Gonsalves said.

While that decision may have averted further political backlash, some saw it as a lost opportunity, including Harvard Professor Bill Hanage, who said he understood why lockdowns were unpalatable but described curbing activities as a useful tool.

“It takes time to send rapid tests out,” he said. “People can choose right now to not go to the holiday party because they want to see Grandma on Christmas Day,” Hanage said.