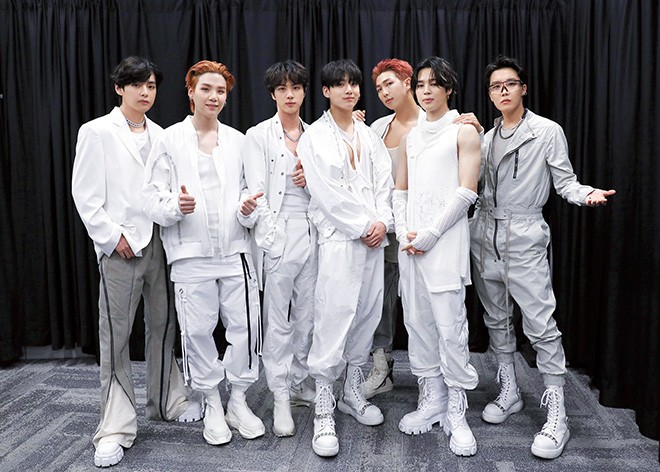 The K-pop group BTS conquered the Japanese music world in 2021, topping Japan’s annual music sales rankings to become the first artist from overseas to do so since the chart started in 1968.

Oricon Inc., a music market research firm, on Dec. 24 announced the rankings of musical works, such as CDs, DVDs and those released in digital format, sold in Japan between Dec. 14, 2020, and Dec. 12 this year.

In June, BTS released its Japanese compilation album “BTS, THE BEST,” which includes “Dynamite,” a single that debuted at No. 1 on the Billboard Hot 100 chart in the United States, and many other hit songs. The album sold 993,000 copies to top Oricon’s annual album sales rankings as well.

“Dryflower,” by Japanese singer-songwriter Yuuri, was streamed about 382 million times to become the most streamed song in Japan.