Estimated births in 2021 drop to level predicted for 2028 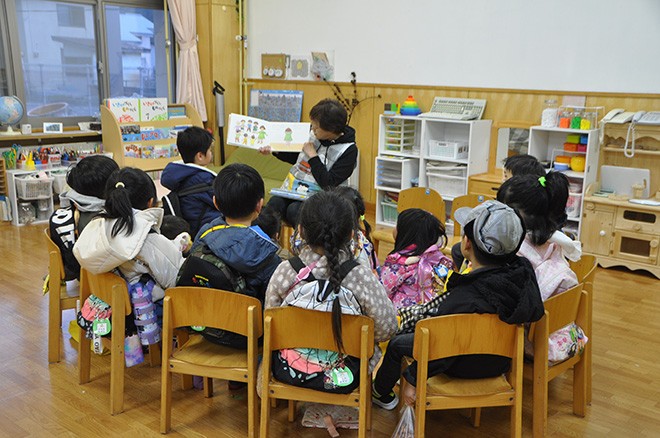 A child care center in Nakadomari, Aomori Prefecture, an area where the birthrate is sharply declining (Ryuichi Hisanaga)

The number of babies born in Japan in 2021 is estimated to have declined to around 805,000, a figure not expected until 2028 in the shrinking country, according to calculations by The Asahi Shimbun.

The Asahi came up with the number based on preliminary figures for births by October and other factors, and using the health ministry’s calculation formula.

The health ministry usually releases its birth statistics in December, but the announcements of the estimates were canceled in 2020 and 2021 in light of the impact from the novel coronavirus pandemic.

The rate of decline was sharper than the average shrinkage of 3.5 percent between 2016 and 2020.

The National Institute of Population and Social Security Research in 2017 estimated the number of births would be 809,000 in 2028.

The birthrate in Japan appears to be shrinking at a faster pace than previously predicted.

“In 2021, the number of pregnancies reported to municipalities nationwide decreased year on year in some months,” said Takumi Fujinami, a senior chief analyst at Japan Research Institute Ltd. who specializes in birthrate issues. “The number of marriages was also sluggish compared with pre-pandemic years.”

Fujinami said if more young people do not or cannot get married, “the number of births will continue to fall in the longer term.”