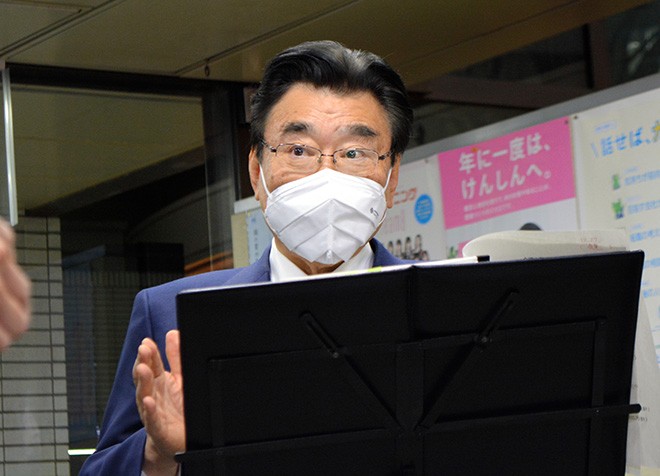 The government has reverted back to its narrower definition of “close contact” with a virus-infected individual, allowing more air travelers to avoid quarantine measures and easing the burden on local governments.

Health minister Shigeyuki Goto on Dec. 27 said the new definition, which took effect on Dec. 28, applies only to passengers seated in the two rows directly in front of and behind a person infected with the novel coronavirus.

Previously, the Ministry of Health, Labor and Welfare considered all passengers on the same flight to Japan with a person infected with the Omicron variant as having been in “close contact.” That definition was used as an emergency measure to prevent the Omicron variant of the novel coronavirus from spreading in Japan.

Local authorities, which are responsible for contacting the “close contact” passengers and securing accommodations for their quarantine had called for a change to the emergency measure, arguing it placed too much of a burden on them.

Goto emphasized that the latest change was “guided by objective evidence,” rather than driven by consideration for local authorities.

He said the government studied Omicron cases identified in Japan so far and is now convinced that passengers sharing a flight with an Omicron-infected traveler have a very low possibility of testing positive for the new strain.

Goto said that only between 0.1 and 0.2 percent of those on the same airplane as an Omicron-infected passenger have later been confirmed infected by the new variant.

This is the same percentage rate for those who test negative for the Omicron variant at airports and later test positive for it, he said.

The government has determined that there are no scientific grounds to treat all passengers as having come in close contact with an infected individual on the same flight, Goto said.

Under the new policy, family members and others traveling with someone who tests positive for COVID-19 at airports will also be considered as having come in close contact with an Omicron patient, Goto said.

In addition, he said the government would regard everyone who tests positive for COVID-19 at airports as carrying the Omicron variant, even before polymerase chain reaction (PCR) tests or genome sequencing can identify the strain.

This decision was based on recent data showing that almost 80 percent of people who test positive after arrival are infected with the Omicron variant.

Goto said the government wants to more quickly identify those in close contact with an Omicron patient and more robustly and more efficiently tackle the new variant.