Prosecutors decide not to indict Abe over party, again 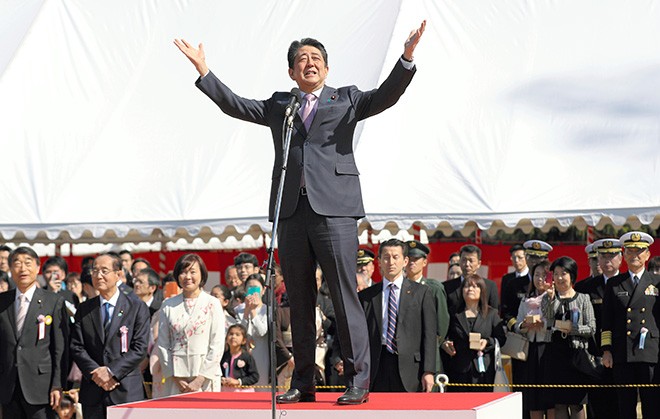 The Tokyo District Public Prosecutors Office again on Dec. 28 decided not to indict former Prime Minister Shinzo Abe over a political scandal where his camp had paid for his supporters to attend annual dinner parties.

The decision effectively ends the investigation into Abe.

Abe was accused of violating the Public Offices Election Law and the Political Fund Control Law when his office covered some expenses for a lavish dinner party held by his political support group the night before an annual cherry blossom-viewing party.

After a citizens’ prosecution inquest panel found that the decision to not indict Abe was inappropriate, prosecutors investigated the case again. But it is believed they did not gain sufficient evidence for an indictment.

Since the panel’s first decision did not state that an indictment was appropriate, it will not hold a second review, effectively bringing the entire process to a close.

The dinner party, hosted by a political group in Yamaguchi Prefecture backing Abe, was held in a Tokyo hotel.

In December 2020, prosecutors decided on a summary indictment against Abe’s former first secretary, who was also a leader of his political support group, for violating the political fund control law.

They said that about 30 million yen worth of income and expenses for the dinner party was not included in the annual political fund reports of the support group between 2016 and 2019.

But prosecutors did not indict Abe over the accusations.

In July, the citizens’ prosecution inquest panel found that the decision to not indict Abe was inappropriate.

One point it raised concerned a suspected violation of the Public Offices Election Law. Donations to voters are prohibited under that law. Covering part of the costs for the dinner party should have been treated as such, the panel decided.

The other point concerned Abe’s failure to adequately select and supervise the individual in charge of finances for the political organization that Abe heads. That would constitute a violation of the Political Fund Control Law.

“It is not sufficient to understand the whole recognition among party attendees with just some of the testimony,” the panel’s decision stated.

It also suggested the matter had not yet been thoroughly investigated.

“Prosecutors should obtain objective evidence, such as emails, and make judgments.”

Following that, prosecutors questioned attendees more widely and reviewed the documents again. But once again, they found the party participants did not think that they had received donations.