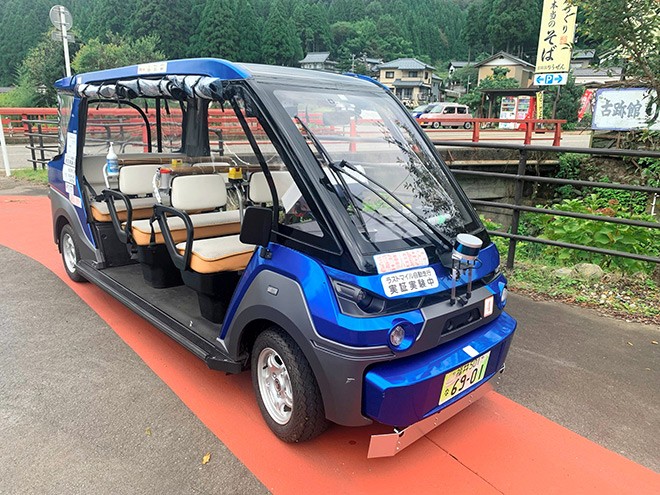 The National Police Agency has drafted legal conditions on when and how an advanced type of driverless vehicles can operate on public roads.

The NPA’s draft revision of the Road Traffic Law released on Dec. 23 would allow for operations of Level 4 automobiles on the five-level scale for automatic driving technology.

The agency plans to submit the revision proposal to the ordinary Diet session that opens on Jan. 17 after examining its details.

The government plans to use buses and other passenger-carrying vehicles for driverless transport services.

According to the NPA’s draft, operators of such services will be obliged to remotely monitor their vehicles and immediately dispatch personnel to the scene in case of accidents.

The government intends to have Level 4 vehicles running in limited regions in fiscal 2022, and increase the number of locations to more than 40 by fiscal 2025 and to more than 100 by 2030.

Trucks at Level 4 are expected to run on expressways in 2025 at the earliest.

The EVs can carry four to six passengers, including sightseers and elderly residents, at a maximum speed of 12 kph along a 10-minute, 2-kilometer route.

After staff members start the vehicles, the automated system takes over the operations.

The cars’ bodies feature sensors and cameras to issue warnings and slow down when nearby pedestrians are detected.

A staff member is stationed at a nearby office to monitor the three EVs running in rotation. The town said there have been no emergency situations requiring human interventions.

The EVs’ autonomous level will be raised to 4 by the end of fiscal 2022, so even emergency situations will be handled without personnel.

The town holds high expectations for self-operating technology because of the difficulties in hiring drivers in underpopulated areas with a decreasing number of passengers.

(This article was written by Junichi Kamiyama and Naoyuki Fukuda.)