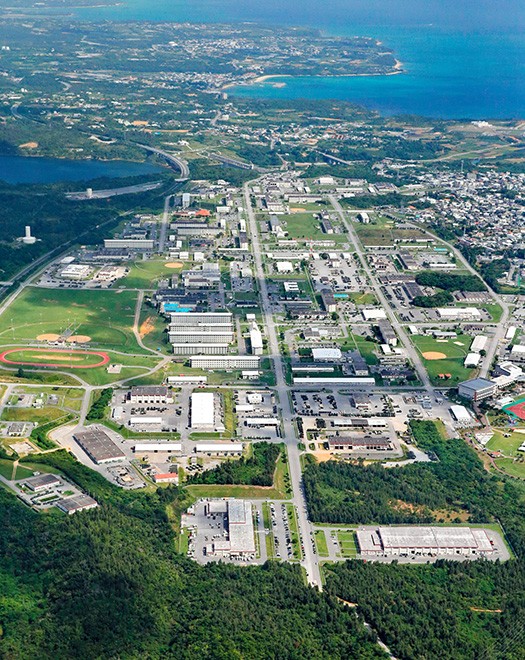 Close to half of the novel coronavirus-infected U.S. military personnel at Camp Hansen in Okinawa Prefecture likely have the Omicron variant, the Foreign Ministry said on Dec. 29.

At least 272 personnel at Camp Hansen had tested positive for COVID-19 as of Dec. 29, and 47 percent of those who underwent further U.S. tests did not have the Delta variant, the ministry said.

The ministry said U.S. officials would not divulge how many have actually been tested for the Delta variant, based on an agreement reached between the two sides.

But it said Japanese and U.S. officials have agreed to implement measures based on the assumption that the military personnel are infected with the Omicron variant.

U.S. officials are conducting genome sequencing to confirm if they are infected with Omicron.

One case is believed a result of a community infection, but the other seven are linked to U.S. military bases in the southernmost prefecture, they said.

Two of the patients were Japanese who worked at Camp Hansen and the Kadena Air Base, while the other five were family members of base employees who were previously confirmed with the Omicron variant.

Officials at the U.S. Marine Corps Air Station Iwakuni in Yamaguchi Prefecture on Dec. 29 announced that 80 base personnel tested positive for COVID-19, the largest daily tally at the base.

A Japanese employee in his 30s at the base was confirmed to be infected with the Omicron variant on Dec. 24.