Slain man’s brother says execution is not the answer 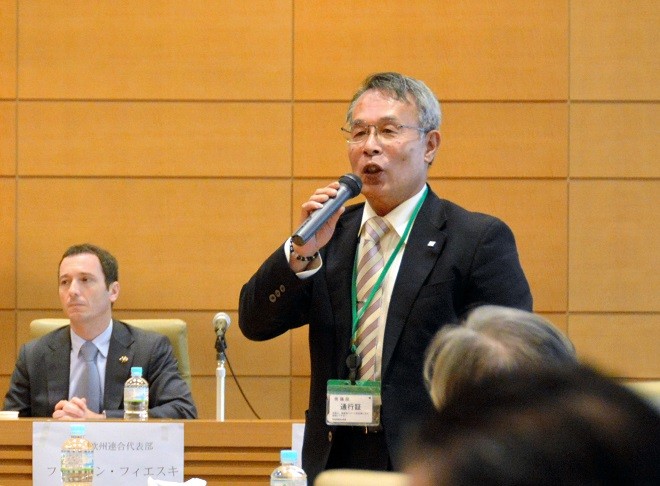 The man who murdered Masaharu Harada’s younger brother was executed years ago, yet it left a void in the older sibling’s life.

“The issue (of capital punishment) is merely someone else’s problem for those who have no connection to such terrible crimes,” Harada says. “No one helps us, and my younger brother will never return. I was only filled with a sense of emptiness after the execution was carried out.”

Since then, Harada, 74, has pushed relentlessly for the abolition of capital punishment in Japan. He also campaigns for “dialogue” between victims and inmates on death row in the belief it is the only way to trigger public debate on the pros and cons of capital punishment.

Harada, a resident of Oita Prefecture, decried the latest round of hangings in Japan carried out on Dec. 21. The executions of the three men were the first under the Kishida administration and also the first in Japan in two years.

Death penalty advocates in Japan insist that capital punishment is only fitting and must be retained as ultimate justice and to bring some degree of closure to bereaved families.

Harada met with his brother’s killer on a number of occasions to try to make sense of his sibling’s senseless death. His brother, a truck driver, was 30 years old when he was killed in 1983 by his employer, Toshihiko Hasegawa, to obtain a life insurance payout.

Incarcerated on death row, Hasegawa wrote Harada scores of letters of apology. It took Harada 10 years to summon up the courage to visit Hasegawa in prison in a quest for answers. After deciding to meet with him, Harada was determined to curse him and scream, “bakayaro!” (You son of a bitch!).

During their first meeting, Hasegawa repeatedly apologized and said he would be “willingly hanged any time soon now that I have finally seen you.” Hearing those words, Harada was unable to utter bakayaro!

“He looked at me squarely in the eyes when he apologized. It allowed me to figure out his sense of remorse far better than the 100 or so letters he had written,” Harada recalled.

Even after Hasegawa’s sentence was finalized, Harada was granted exceptional permission to see him. It resulted in four rounds of talks totaling 80 minutes or so.

Harada petitioned the justice minister suspend the execution in the belief that inmates “can only repent for their crimes while they are still alive.” Hasegawa was put to death in December 2001.

It deprived Harada of the opportunity to glean more details from Hasegawa about his motives for killing his brother.

“I, of course, still cannot fully forgive him,” said Harada, who attended  Hasegawa’s funeral. “But I wanted to speak with him much more.”

Last November, Harada became a co-leader of a group that works to provide assistance to both of victims and offenders. It had been set up by the bereaved families of those killed in traffic accidents as well as the head of a nonprofit organization that supports families of perpetrators.

In this way, Harada views his activities as offering more opportunities for victims and perpetrators to meet in person and talk in person.

Harada also continues to press for the abolition of the death penalty.

While Harada admitted that he initially wanted his brother’s death avenged through capital punishment, he later began harboring doubts about whether the perpetrator should really meet his end this way after he began holding conversations with Hasegawa.

After the execution, Harada recalled that no one in his inner circle ever stated that justice had been served.

In the end, he felt that victims and inmates alike are “left at the bottom of a cliff together.” And that is where he still finds himself today.

As far as Harada is concerned, calls for the continuation of the death penalty out of consideration for the feelings of the bereaved families are empty words.

“That is like saying victims and culprits should yell at the cliff base,” he said. “I do not want people to assume that victims must want capital punishment. There needs to be a mechanism that allows talks with the offenders. Once that is created, the pros and cons of the death penalty should be discussed.”