Sony Group to set up company to mass-produce electric vehicles 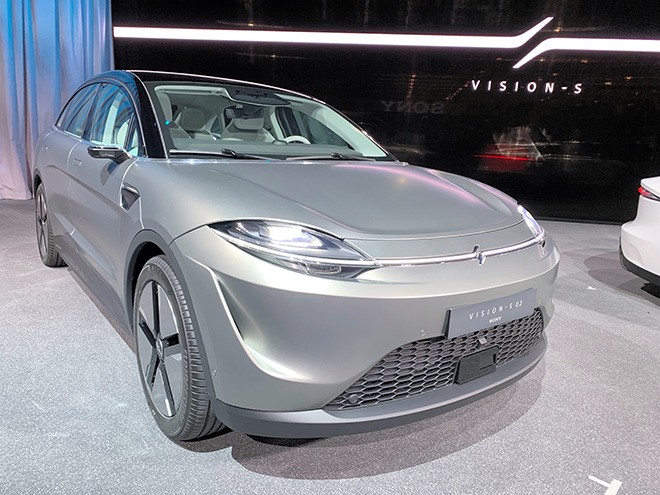 Electronics conglomerate Sony Group Corp. said it will set up a subsidiary this spring with the aim of mass-producing electric vehicles, a prospect that could transform Japan’s motor industry.

It made the announcement Jan. 4 at the CES 2022 consumer tech show in Las Vegas, where it displayed a new electric SUV prototype dubbed Vision-S 02.

The new company, to be called Sony Mobility Inc., will be headquartered in Japan.

“We will utilize the various technologies held by Sony in seriously considering our entry into the electric vehicle market,” Sony Group president and CEO Keiichiro Yoshida told reporters in Las Vegas in announcing the focus on electric vehicles.

The move could dramatically alter the nature of the Japanese auto industry if Sony can bring together its vast inventory of electronic technology into mass-production of vehicles.

The obvious benefit of a battery operated car is that it leaves no carbon footprint, something automakers across the world are desperately trying to achieve.

The new SUV prototype displayed at the CES was equipped with 40-odd sensors that detect not only the surrounding environment, but also what the driver is doing.

The vehicle, which will be manufactured by a company in Austria, is equipped with next-generation mobile communication technology known as 5G.

The prototypes were developed by the same team that created the Aibo dog robot.

“Aibo and self-driving vehicles are the same from the standpoint of making decisions about how to move around after recognizing its surroundings,” said Izumi Kawanishi, an executive vice president in charge of the AI Robotics Business within Sony Group who is in charge of that development.

Marketing the electric vehicles will also be a boon to Sony’s semiconductor sector because of the large numbers required in self-driving EVs.

EVs, in the words of a Sony executive, are one area with high synergy with semiconductors.

The traditional automobile production model is a vertical one in which automakers stand at the top of a pyramid supported by hundreds of smaller companies that produce the parts.

But with EVs, that model will likely lead to a new horizontal production system in which different companies handle the manufacture of the various parts that go into the vehicle in a more equal relationship.

(This article was written by Junichi Kamiyama and Daisuke Igarashi in Las Vegas and Yasuro Suzuki and Naoyuki Fukuda in Tokyo.)