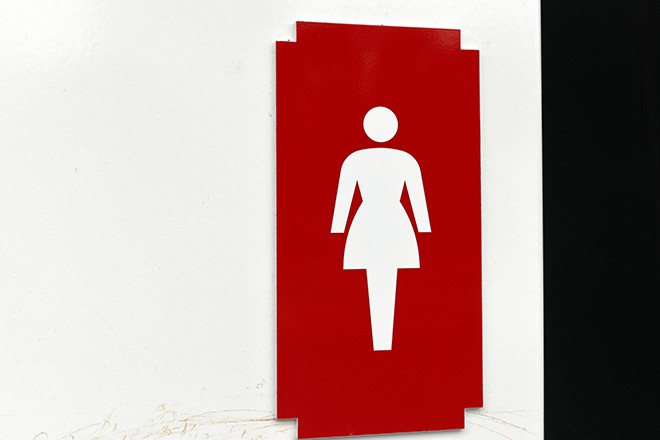 OSAKA--Prefectural police filed papers with prosecutors on Dec. 6 over a transgender woman who used a women’s restroom, accusing her of trespassing, sources said.

Investigative sources said the fortysomething suspect is registered as a male in the family registration system and lives in Osaka Prefecture.

They quoted the suspect as telling police, “I knew it was the wrong thing to do, but I wanted to use the women’s restroom because it made me feel like I was accepted as a woman.”

Police have let prosecutors decide whether trespassing charges are warranted in this extremely rare case, the sources said.

“We have decided to send the case to prosecutors because we received complaints from the facility, and the person is potentially accused of a crime,” a senior prefectural police official said.

According to sources, the person entered a clearly marked women’s restroom at a commercial facility in the city of Osaka in late May in 2021. There was a multipurpose restroom on the same floor that anybody can use regardless of their gender.

The transgender woman told police that she lives as a male in her workplace but has otherwise gone out in women’s clothes on holidays for at least a decade, the sources said.

“I have used women’s restrooms dozens of times so far,” the person told investigators.

The suspect has not undergone gender reassignment surgery and does not have a medical certificate that confirms gender dysphoria, sources said.

Since the beginning of 2021, the commercial facility has frequently reported to Osaka prefectural police that a man dressed as a woman was using a women’s restroom.

An investigator confirmed the suspect had entered a women’s restroom and washed their hands, sources said.

Mameta Endo, 34, who heads a group that supports LGBT children and youths, said many sexual minorities worry about how they are being perceived while using restrooms in public and they “try to avoid trouble.”

“I am worried this case could draw attention and breed prejudice against sexual minorities,” said Endo, who also identifies as LGBT.