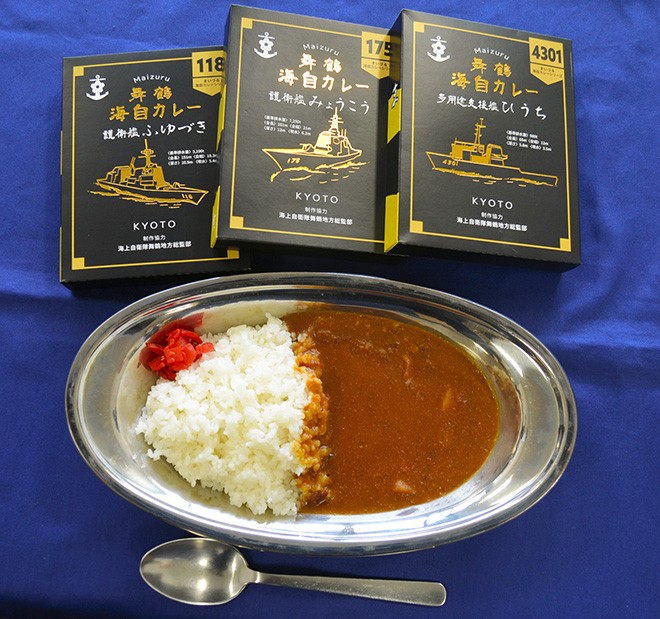 The prepackaged curry sauce mixes are being offered only at restaurants and sightseeing facilities in the city, where the MSDF’s Maizuru Naval Base is located.

Nine more versions are expected to join the Maizuru Kaiji Curry series over a two-year period.

“I hope the series will become a souvenir representing Maizuru and make visitors feel like they want to come back to Maizuru for the curry,” said Yukio Gomi, who operates 5-Goto Cafe.

Gomi, 47, played a central role in asking a company in Aichi Prefecture to produce the pre-packaged sauce mixes.

The project is the brainchild of the Maizuru Chamber of Commerce and Industry, which aims to promote local development through curry dishes.

Since 2017, the chamber has encouraged local restaurants to learn from MSDF personnel curry recipes traditionally served on vessels and at naval units based in Maizuru. Twelve restaurants signed on last season.

The curry dishes served at restaurants are all certified by ship captains and others as exactly what crews dine on when they are at sea.