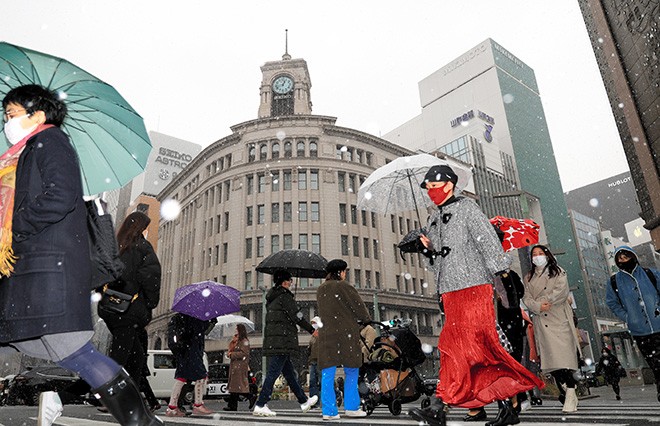 Fresh cases of COVID-19 in Tokyo and Osaka continued to rise dramatically on Jan. 6, following steep climbs in both areas the day before.

Health authorities in Tokyo confirmed 641 new cases, the first time the daily tally has topped 600 since Sept. 18 last year, when 865 cases were reported.

Tokyo’s latest tally was up 10-fold from 64 cases reported on Thursday last week and brought the daily average of new infections in the capital over the week through Jan. 6 to 218, or 447.6 percent of the figure for the preceding week.

No new deaths from COVID-19 were reported in either Tokyo or Osaka Prefecture.

The number of patients in Tokyo deemed to be in a serious condition and requiring special breathing equipment remained unchanged from the previous day at three.