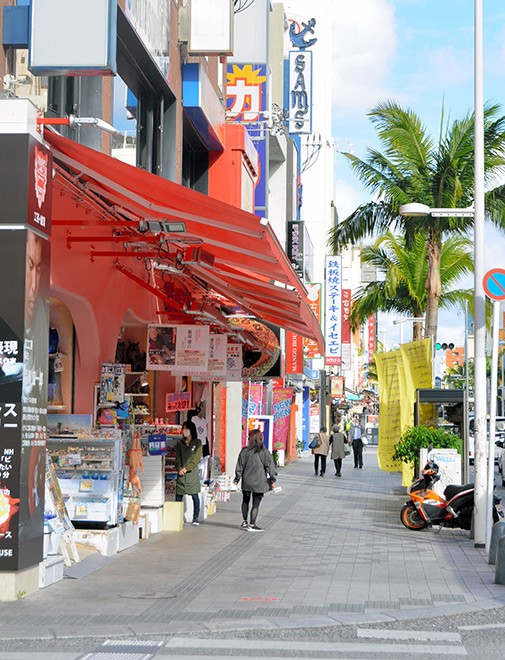 Pedestrians stroll along the Kokusai-dori shopping street in Naha on Jan. 8, the start of a three-day weekend. (Kei Yoshida)

Prefectural authorities in Naha said Jan. 8 marked the straight third day for record cases, with the latest figure standing at 1,759.

In Tokyo, metropolitan government officials reported 1,224 cases, approximately a 15-fold increase over the number of the previous Saturday. The last time Tokyo reported more than 1,000 new cases was on Sept. 15, 2021.

Of the latest cases among Okinawa residents, 903, or more than half, were in their 20s.

The southernmost prefecture will begin implementing pre-emergency measures from Jan. 9.

In Tokyo, the daily average of new cases for the week ending Jan. 8 was 502.1, which represents about a seven-fold increase over the average of the previous week.

Four patients in Tokyo had symptoms serious enough to require the use of a ventilator or other equipment to breathe. The figure was an increase of one from the previous day.

(Shogo Mitsuzumi contributed to this story.)