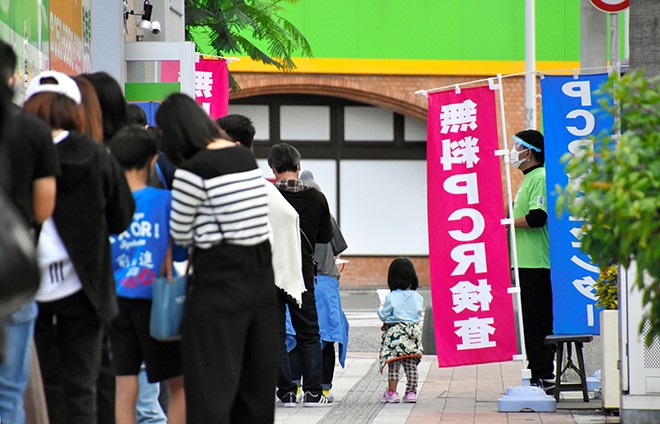 Residents line up to be tested for the novel coronavirus in Naha on Jan. 9. (Tsukasa Kimura)

NAHA--Authorities in Okinawa Prefecture reported 1,533 fresh cases of COVID-19 among islanders on Jan. 9 as pre-emergency measures to slow the spread of the novel coronavirus were introduced.

The figure marked the third straight day for the daily count to top 1,000. But the bad news did not end there.

Prefectural officials said the number of new cases the same day among U.S. military personnel on the island hit a single-day record of 429, breaking previous records of 254 on Jan. 7 and 302 on Jan. 8.

Officials are still trying to determine which U.S. bases are battling new cases.

The southernmost prefecture in recent days has reported the nation’s highest number of new cases. On Jan. 8, the figure hit a record 1,759.